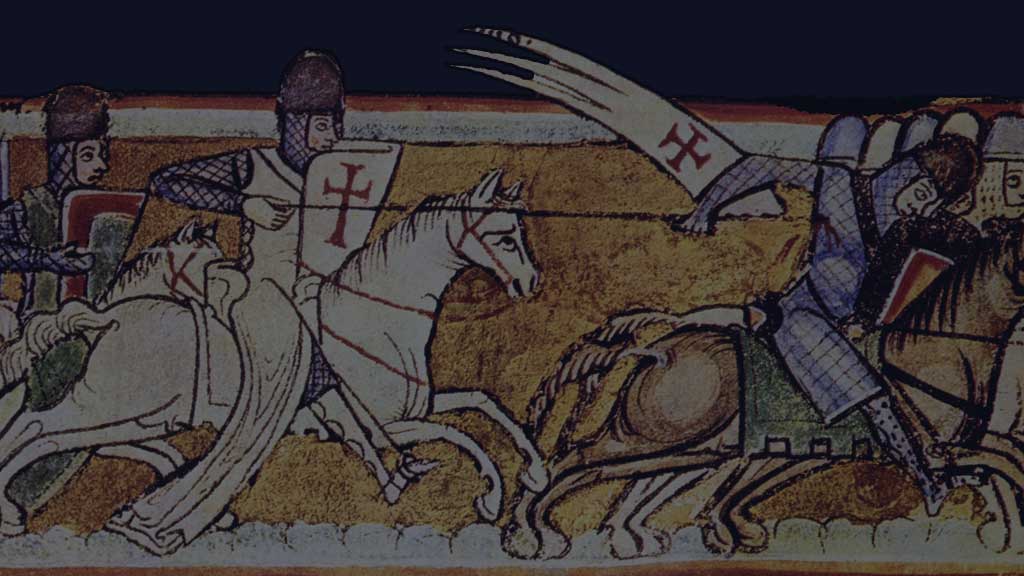 The most sensational events of the high middle ages 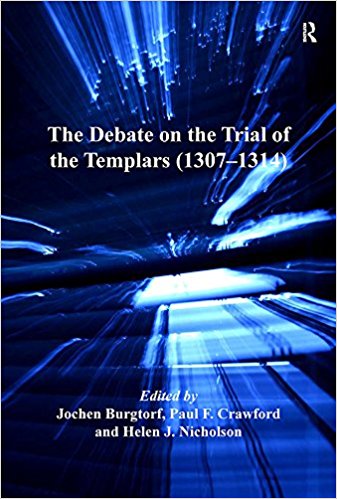 The Debate on the Trial of the Templars
Amazon

Like that staple opening of so many films, it began with a funeral. On 12 October 1307, James of Molay, Master of the Temple, was one of a number of distinguished personages who held the cords of the pall spread over the coffin of Catherine of Courtenay, wife of Charles of Valois, brother of King Philip the fair of france, during her funeral ceremony in the cathedral of notre-Dame in Paris.

Molay’s role was an entirely appropriate reflection of his status and importance. He was the head of a great military order with preceptories (also known as commanderies) and estates in every country in latin christendom, an order which for nearly two centuries had taken a leading role in the war against the Islamic enemy both in the East and in Iberia. He was, indeed, a figure of European stature, consulted by the pope and apparently trusted by the French king, the most powerful monarch in the west.

Yet, by 24 October, Molay was a prisoner of that same king and had confessed to the inquisitor of france that he was, in fact, the master of an institution which had betrayed the Christian faith.

The trial of the Templars

The trial of the Templars is one of the most sensational events of the high middle ages. Contemporaries expressed astonishment when, on the 13th, the day after the funeral, all the members of the order in france were suddenly arrested and accused of what amounted to the renunciation of the faith that they were supposed to be defending with their lives. They had, the french government alleged, all been received into the order in ceremonies in which they denied christ, spat on a crucifix and engaged in obscene kissing with their receptor and, thereafter, they had been obliged to take part in acts of sodomy with other brothers and to worship idols. 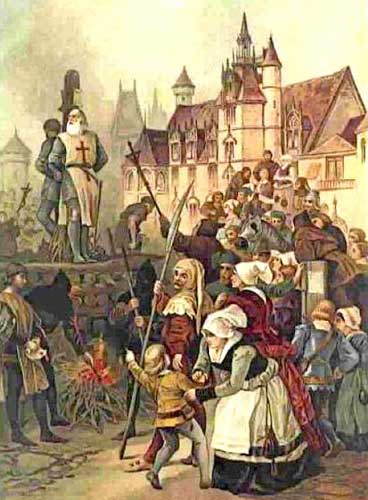 All large and privileged ecclesiastical institutions were, of course, likely to come into conflict with secular powers at some stage in their history, especially as rulers sought to develop their administrations and to maximise their financial returns. Nicholas Morton shows that clashes were sometimes unavoidable.

Hermann of Salza, Master of the Teutonic Knights, for example, tried and failed to tread a middle path between Emperor Frederick II and Pope Gregory IX in 1229, yet the pope, intent on pursuing his own agenda, had no sympathy for the awkward position of the Master, apparently having already decided that the Teutonic Knights were imperial partisans.

Yet, both the Teutonic Knights and the Hospitallers avoided the fate of the Templars, perhaps because they were more difficult to attack. Bernard Schotte (historian connected to the city of Brugge (Bruges)) has found evidence that Hospitallers as well as Templars took part in the Flemish rebellion against France in 1302–3, a humiliating experience for the french crown, which involved the severe defeat at the battle of Kortrijk (Courtrai) on July 11 1302.

A political explanation for the French government’s attack on the Temple, has, however, always been a minority view. Until relatively recently, when there has been a shift of emphasis towards an analysis of Philip IV’s religious and, indeed, superstitious beliefs, it has been more usual to seek the answer in the financial difficulties of the French government.

While the confessions are perhaps the most eye-catching of the evidence generated, the trial records can be used to elucidate other themes. Dale Streeter challenges the assumption that the reign of Philip the fair saw a seismic shift in the balance of power between Church and State, pointing out that the king still needed papal co-operation, as can be seen by the creation in 1308 of a papal commission and diocesan tribunals.

Since the 1970s, there has been increasing scholarly interest in the trial, and a series of books and articles have widened scholars’ understanding of causes of this notorious affair, its course and its aftermath. However, many gaps in knowledge and understanding remain. What were the Templars doing in the months and years before the trial? Why did the king of France attack the Order? What evidence is there for the Templars’ guilt? What became of the Templars and their property after the end of the Order?

This book collects together the research of both junior and senior scholars from around the world in order to establish the current state of scholarship and identify areas for new research. Individual chapters examine various aspects of the background to the trial. The financial, political and religious context of the trial in France, the value of the Templars’ testimonies, and consider the trial across the whole of Europe, from Poland and Cyprus to Ireland and Portugal. Rather than trying to close the discussion on the trial of the Templars, this book opens a new chapter in the ongoing scholarly debate!