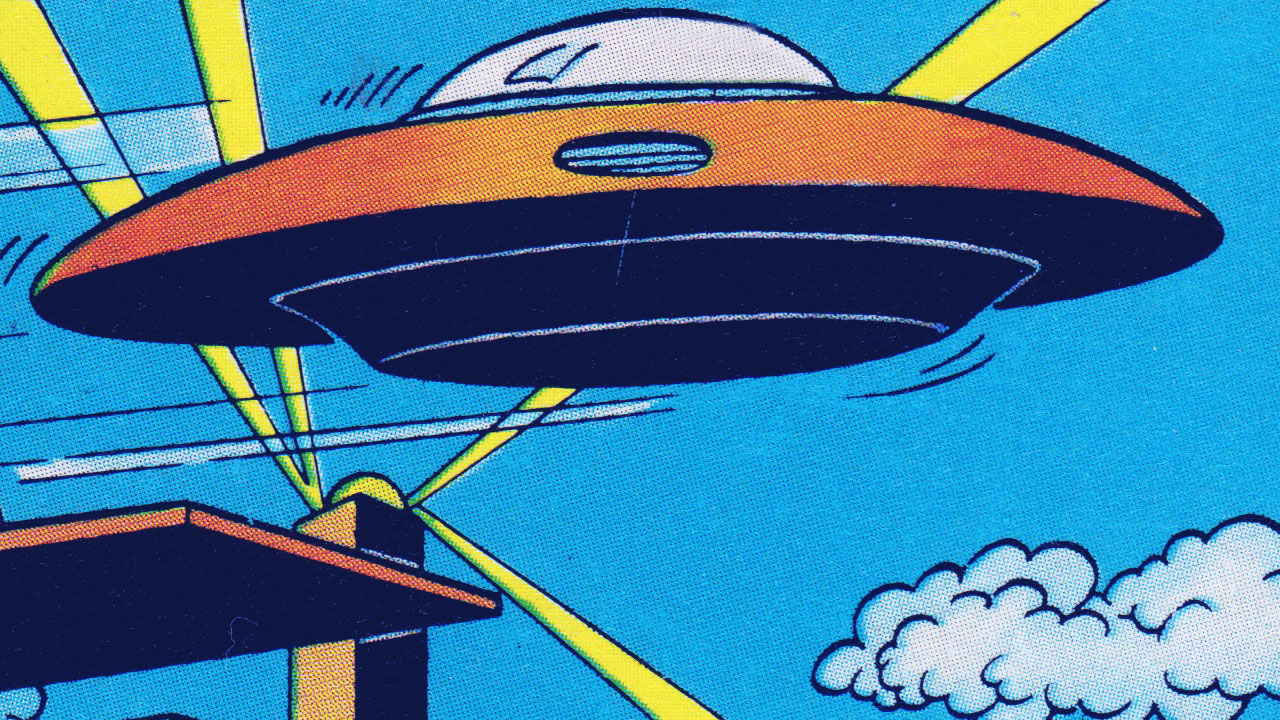 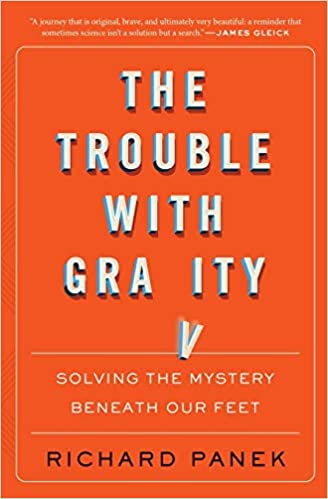 The Trouble with Gravity: Solving the Mystery Beneath Our Feet
Available at Amazon

Gravity …. I fell. An introduction by Richard Panek.

I had been sitting in a chair for a quarter of an hour, killing time in a bookstore. I had selected from a nearby shelf a book that I thought might relate to the subject I was researching at the moment—I no longer recall what. I’d pushed my chair away from a communal table, crossed my legs, and opened the book to a random page. The section I turned to happened to be on gravity.

I looked up from the book.

Is gravity, I wondered, just a word? A semantic convenience? A placeholder until a better noun comes along? Something that, until we know more about it, we’ve agreed to call the single cause of a universe full of effects?

At the time I didn’t understand the nuances of these questions. Yet even I—someone who had experienced little curiosity about science until well into adulthood; who had cultivated a professional interest in science but had only a minimal educational background in it; who in fact had taken AP math courses in high school specifically to escape having to take science courses in college (a strategy that pretty much worked)—could tell that I had no idea what gravity is.

I gently closed the book and stood up—but not quite. My left foot, the one that had been resting flat on the floor for a quarter of an hour, was asleep. I am nearly six-six; I don’t drop gently. My fall silenced the customers in my vicinity. Yet even as I righted myself, trying to hold on to the edge of the tabletop as well as my dignity, I realized that I had received a valuable reminder: You take gravity for granted at your own peril. I also recognized that I had discovered a new mission in life—the pursuit of an answer to a question I’d never thought to ask:

I was on the phone with one of the visionaries behind an experiment that had recently validated a prediction Albert Einstein had ventured almost exactly a century earlier: Gravity makes waves. Like a pebble in a pond, a gravitational interaction of any kind sends ripples, only instead of disturbing water it distorts space. Not just through the waves emitted by a collision of two black holes, which is what this experiment had detected.

The announcement of the gravitational-wave detection, on February 15, 2016, was the kind of once-in-a-generation scientific event that you can accurately describe as having captured worldwide attention: headlines saturating newspapers, TV news, and the Internet; discussions dominating their subsidiary forums—letters to the editor, talking heads, comment threads, and email, including a message from an astrophysicist friend of mine that read, in its entirety, “Hellzapoppin’. ” Of whom better than Kip S. Thorne, a theoretical physicist who had been studying gravitation since the 1960s, who had co-envisioned the experiment in the 1970s, who had been helping to guide the project since the 1980s—and one of the key members of the team soon to run the table in world-class physics prizes: Special Breakthrough, Gruber, Shaw, Kavli, and, in 2017, Nobel—to ask what gravity is?

Meaningless questions help scientists understand what’s wrong with the premises behind the questions—the unthinking assumptions that render the questions meaningless. In the case of What came before the Big Bang?, the common unthinking assumption is that space and time exist independently of the universe, an assumption that even physicists held until quite recently in the history of our species. Instead, cosmologists say, space came into existence in the Big Bang, all balled up, and the unballing-up we measure by what we call time.

Twelve or fourteen years had passed since I’d fallen over in a bookstore. The pursuit I had begun that day—to discover what gravity is—had ended almost immediately, perhaps as soon as the next day, maybe even that same evening. It required only cursory research, a minute’s worth of clicks on a keyboard. The answer: Nobody knows.

From a civilian perspective, Nobody knows can be confusing; in my experience, it often inspired a look that says What’s the catch?  No catch! But I understood the suspicion, and so my own answer to What is gravity ?  had changed over the years. It was no longer just:

We know what gravity does, of course. In the heavens, gravity tethers the Moon to Earth, other moons to other planets, moons and planets to the Sun, the Sun to stars, stars to stars, galaxies to galaxies. On our own planet, we know that gravity is what planes have to overcome, and what idiots in bookstores need to beware. We all know what gravity does, and we know it without ever having to think about it.

Once I did start thinking about gravity, though, I couldn’t not think about it. Once I started noticing it, I was noticing it everywhere. Which is only appropriate, because gravity is everywhere. It’s not just present; it’s omnipresent.

A chair is because of gravity. It wouldn’t exist if our bodies didn’t need something to cushion our journeys to the center of the Earth. The seat, the bench, the floor, the bed, the step, the stoop, the stool, the terrace, and the tire: all because of gravity. The escalator. The elevator. So, too, the objects we use to keep not ourselves but other objects off the ground: the table, the desk, the nail in the wall, the nightstand and pedestal and counter and kitchen sink. Count the legs in my living room alone: sixty-seven (not including my own). Far out.

The grave:  Of course! The ultimate cushion. Google grave, and there it is: from the Latin gravitas, suggesting seriousness, heaviness, weight.

But that’s only half of the story. The other half didn’t occur to me until long after my conversation with Kip Thorne, yet it came to me because I couldn’t stop thinking about what he, after a long pause on my end, had said next: “What do you mean by what gravity ‘is’?”

He was right: “Is” is a big word. Big enough to obscure the unthinking assumption that rendered my question meaningless: that what gravity causes was the whole story. It wasn’t. The other half was what causes gravity.

But then, the question of what gravity is—or “is”—has never been strictly about physics. It’s always also been metaphysical; it’s always also been philosophical. How we think about gravity—whether we think about gravity—has directed civilization for centuries, millennia even, back before we had a word for what we one day would try, and so far fail, to define. Gravity isn’t just something that guides our every negotiation with the material world. It’s something even more mysterious. It’s something that’s evident in the creation of creation myths, the elisions of religion, the effects in an IMAX spectacular. It’s something we reflexively incorporate into the subtlest recesses of our civilizations and our psyches. It’s something that has defined our scientific conception of the universe, even the multiverse, and it’s something that has defined our conception of ourselves. It’s the greatest ghost in the grandest machine.

In The Trouble with Gravity, Panek invites the reader to experience this ubiquitous yet elusive force in a breathtakingly new way. A very good Read!