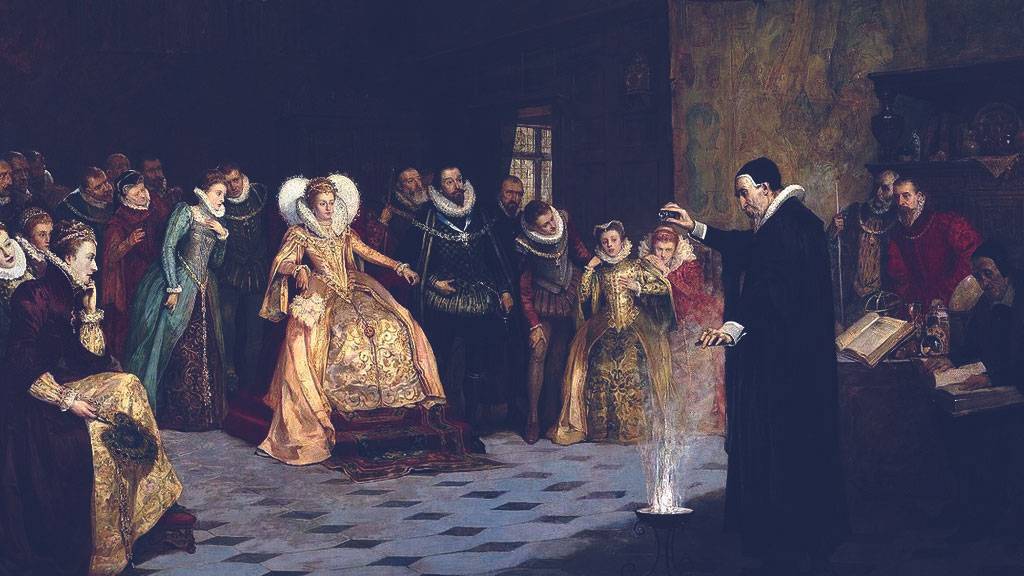 John Dee and the Empire of Angels 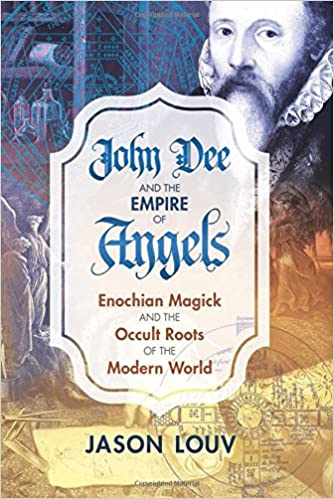 John Dee and the Empire of Angels: Enochian Magick and the Occult Roots of the Modern World
Available at Amazon

Between 1582 and 1589, two men—Dr. John Dee, a mathematician and scientific adviser to Elizabeth I, and Edward Kelly, an itinerant psychic—claimed that they held regular conversations with angels.

These angels explained the true origins of humanity, and delivered the original language spoken by mankind before the Fall. This language, along with a mathematically complex system for making further contact with the angels, was to be used by Dee and Kelly to advance the world toward the Apocalypse.

This was not a marginal event. Indeed, it has been central to the last five hundred years of Western civilization. Through Dee—who invented the phrase “British Empire” and worked to manifest a new Christian religion uniting all humanity in preparation for the Second Coming—we can find the genesis of not only the British but the American empire, and in the utterances of the angels we can find the spiritual blueprint that has driven them both.

This tremendous (albeit occulted) impact on history did not end with Dee. The influence of Dee and the angelic system he and Kelly delivered to the world can be found in an astonishing number of the major turning points of Western history since Dee’s death—in the birth of modern science, in the creation of the secret societies that liberalized Europe and gave America its spiritual calling, in the creation of the state of Israel and its subsequent centrality to American foreign policy, and even in the genesis of the United States space program.

In studying Dee and his work, we are studying the secret history of the world.

This, then, is the story of John Dee, a Doctor of the sublunary world, who sought to reverse the Fall of mankind and return all of nature to God—to create a new Eden by prompting the Apocalypse. Moreover, it is the story of his angelic system, the men and movements it influenced—such as Rosicrucianism, Freemasonry, the Royal Society, the Golden Dawn, Aleister Crowley, and Jack Parsons—and how it not only changed the world but in many ways created the world we now inhabit.

Born into a humble family with minor court connections in 1527, John Dee quickly distinguished himself as a brilliant student, and soon rose to the heights of European intellectual life, becoming one of the great scientific minds of Europe during the time of Copernicus, Bruno, and Tycho Brahe, and a great popularizer and teacher of mathematics. Yet Dee sought not to master one subject but the totality of the sciences then available. This, for Dee, was a spiritual quest to know the mind of God, and like many of the intellectuals of his day, he extended his studies into occult philosophy, seeking direct contact with higher spiritual beings that he hoped would continue his education.

Reviewing his case in 1967, the National Security Agency summed up “our man Dee” as “a principal adviser to most of the Tudor monarchs of England, and to certain European rulers as well, including the Emperor Rudolph II. As government consultant, he excelled in mathematics, cryptography, natural science, navigation, and library science, and above all in the really rewarding sciences of those days—astrology, alchemy, and psychic phenomena. He was, all by himself, a Rand Corporation for the Tudor government of Elizabeth.”

Because of Dee’s vast range of interests, he has remained opaque to popular history. His occult activities have long been considered an embarrassment, and have been used as a cautionary tale of how even great geniuses can fall victim to their own wishful thinking. Many biographers and commentators on Dee, likely wary of undermining their own careers, bracket their writing on his angelic conversations with disdain, downplaying the importance of Dee’s occult interests to his overall work.

This means that most of the assessment of Dee’s occult work has been done by occult writers, where his system of communication with angels—often dubbed “Enochian magic,” a phrase not used by Dee—is discussed on its own merits, divorced from the over all context of Dee’s life and work. Writers who downplay Dee’s occult activities make the error of assessing him from a sterilized modern view point, instead of summoning the bravery to interact with Dee on his own terms. Those who focus solely on Dee’s occultism make the converse error, extracting his angelic conversations from his other work, depriving them of critical context, over-romanticizing them, or conflating them with later New Age or Theosophical ideas.

Both of these compartmentalizations of Dee’s legacy do him a disservice; this book will instead strive to achieve a balanced unity. In the process, I hope to demonstrate the centrality of the occult to the history of Western civilization, and shed further light on the true nature of both.

Dee’s belief in the existence of a spiritual realm, inhabited by both good and evil beings, interpenetrating both daily life and history, was standard in the Elizabethan period.

However, those who engaged with this spirit world outside of the official bounds of the Anglican or Roman Churches—whether Hermetic “magicians” among the academic elite, street-level “cunning men” and scryers, or, indeed, non-Anglican Protestants—were often criminalized, imprisoned, or killed for their troubles. Dee is remarkable not for his occult interests but for the unprecedented level of intellectual and scientific rigor he brought to them, for the fact that a man of his social position took such remarkable personal and professional risks in pursuing them, and for the phenomenal corpus of records he left behind.

In our own time, the doors to the intoxicating and hallucinatory world of magic and alchemy have long since been closed by science, and the experimental techniques once used by men like Dee, Bruno, and Newton to investigate the subtleties of the human spirit have been left to wither in the twilight of the New Age.

This makes the active exploration of the invisible world as unacceptable today as it was in Dee’s time—with the main advance being that those who breach such taboo territory are economically and socially marginalized, rather than imprisoned or killed.

Yet stories like Dee’s are not without precedent in the modern world—especially among mathematicians (like Dee), some of whom have recorded similar experiences.

John Nash, for instance, the Nobel Prize–winning American mathematician and economist who did critical work on game theory in the 1940s and ’50s and gave us the Nash equilibrium, believed that he had been recruited by aliens to save the world, that they were assisting him by sending him mathematical equations, and that they later acted to end his career; when asked how he could believe in such an outlandish scenario, Nash replied, “Because the ideas I had about supernatural beings came to me the same way that my mathematical ideas did. So I took them seriously.”

The brilliant, self-taught Indian mathematician Srinavasa Ramanujan attributed his early twentieth-century achievements in higher mathematics to his family deity, the goddess Mahalakshmi, and received visions of scrolls of mathematical equations opening before his eyes; he is quoted as saying “An equation has no meaning to me, unless it expresses a thought of God”—the quote could have come from Dee himself.

Nash was diagnosed with paranoid schizophrenia, institutionalized, and experienced severe career issues as a result; Philip K. Dick also contextualized his experience as traumatic, profoundly alienating him from those around him. Ramanujan, on the other hand, experienced no such friction. While the seriousness of particularly Nash’s illness should not be downplayed or trivialized, it is also worth noting that Ramanujan differed from Nash in that his claim of visions was considered acceptable within the general cultural narrative of Hinduism, in which reports of divine inspiration or contact are routine.

These contact experiences, whatever their provenance, are not confined to the margins of society; they are, in fact, woven into the very fabric of world culture. Many mainstream religions incorporate or are even founded on claims of contact with angels that are far less documented than Dee’s—with notable examples being the Revelation of John and the Prophet Muhammad’s reception of the Quoran from the archangel Gabriel, a being that also appears in Dee’s spirit diaries.

The Kabbalistic practices of Judaism, the parent tradition of Christianity and Islam, form a tightly knit system of mathematical interpretation of scripture and even, according to some readings, two-way communication with angels, making mathematical contact with spiritual entities an established, if closely guarded, religious tradition. That these claims of supernatural contact exist purely in the realm of subjectivity and faith has not, of course, impeded their ability to shape world cultures.

src. Jason Louv
Delve deeper with the excellent read:
John Dee and the Empire of Angels: Enochian Magick and the Occult Roots of the Modern World