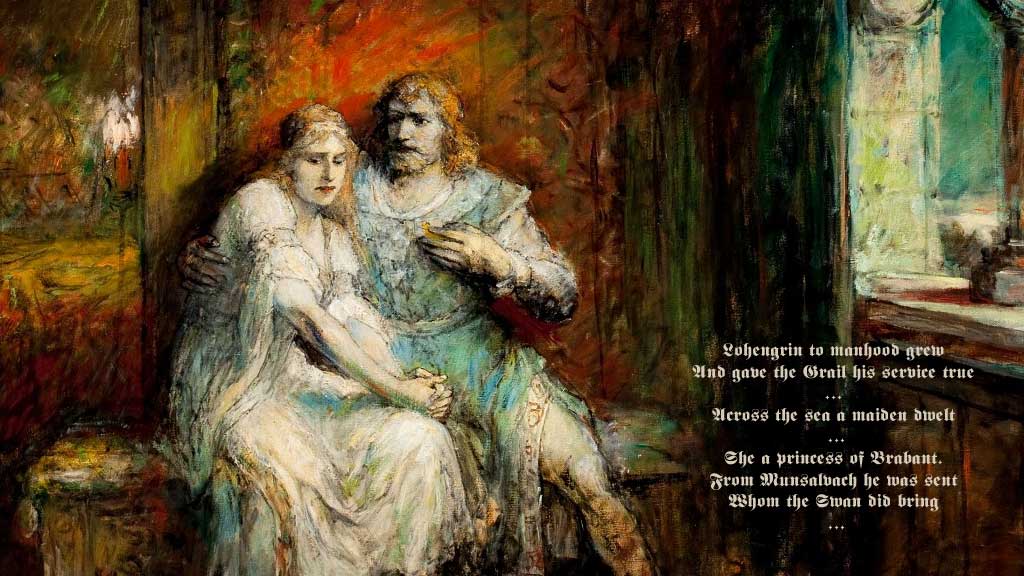 Lohengrin and the Grail 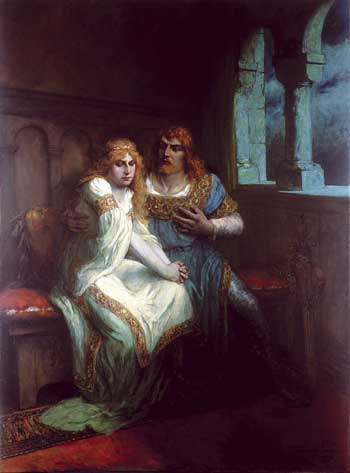 And gave the Grail his service true …

Across the sea a maiden dwelt …

She a princess of Brabant.

From Munsalvach he was sent

Whom the Swan did bring …

The Swan Knight tale occurs in the thirteenth-century Grail document Sone de Nansay. And Wolfram von Eschenbach links him, under the name of Lohengrin, with the Grail family members. As it was obviously crucial to the writer to include the Swan Knight to the already starry listing of descendants of his hero. Such as an emperor, numerous kings, as well as a pope! Another possible purpose is the fact that by including this tale and naming the Swan Knight Helias. Helias is another name for Tannhäuser. The writer of Sone was attempting to hook up his story with the Venusberg legends. Bundeling King Arthur together with references to the Grail Temple.

Without a doubt, the most intriguing factors in the relationship of the Swan Knight myth with the Grail is the link made in several medieval German romances. This is the connection of Venusberg (Mountain of Venus) and Muntsalvasche. On the face of it, this may appear a very unlikely pairing because the one is definitely pagan and the other principally Christian. However the examples which can be found suggest that “Der Gral” was applied as a different term for the Venusberg. Therefore it’s the site where the Goddess of Love really lived. We may well mention, for instance, the fifteenth-century journal compiled by Caspar Able, which, mentioning Helias, states that “this youth Helias came out of the mountain where Venus is in the Grail.”

By naming the Swan Knight Elyas, a later version of the personage which refers back to Lohengrin and Tannhauser, the writer of Sone links together strands of myth which contain the Venusberg. Similar to a faery, whose ability to stay in human zones depends on a specific condition, Lohengrin arrives in the kingdom of Brabant and agrees to be the spouse of Elsa, heir to the duchy, so long as she by no means asks his name or place of origin. This typical Geis or Geasa: an Irish term for conditions and agreements that must be performed in order to preserve one’s life.)

Once Elsa breaks this pledge, he departs in the swan boat wherein he had arrived, never to return. We may question on whether the geis is a typical condition in Celtic mythology. Obviously a similar circumstance is to be found in the legends presenting Melusine of Lusignan. Professor Claude Lecouteux, who has presented much facts about the Knight of the Swan lore in his Mélusine et le Chevalier au Cygne, favors to believe each figure originated as a Celtic goddess or Scandinavian god.

These tales, taken with the story of Lohengrin as it appears in Wolfram, show a half-human, half-faery lineage resembling those found in the mysterious work called the Elucidation. The “patient wife” motif, applied to the swan children’s mother, is a common folk tale that also appears in the Mabinogion story of “Pwyll and Rhiannon.”

There is a curious half-echo between the story of the families of Brabant and Bouillon—whose sons were crusading heroes who secured the safety of Jerusalem and the Holy Lands—and that of Lohengrin, who as the son of Parzifal and Condwiramurs in Wolfram’s poem becomes the Grail Knight of Muntsalvasche, just as his brother, Kardeiz, inherits Parzival’s secular lands.

The Grail story is immensely complex, each aspect leading to others, like side roads, and they in turn to still more. The story of the Grail, its Temples and their guardians anchors the myth in the world while at the same time admitting the mystical and the otherworldly…