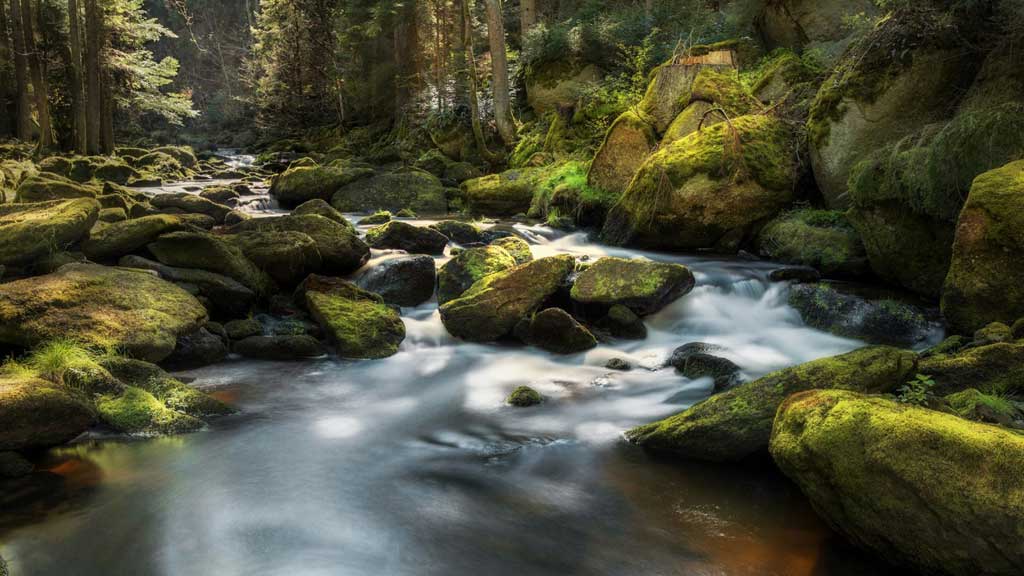 Schauberger and the Secrets of Natural Energy

A hundred thirty years ago, a man called Viktor Schauberger was born into his role as a guardian of Lady Nature and the earth. Among the magnificent Austrian forest he grew up wanting only to become a forest warden “like my father, grandfather, great-grandfather and his father before him.”

But life was to take him far from the peace and solitude of his great mountains and woods. Instead he was to lead the struggle to preserve the earth, the forests and rivers, attacking the exploitation of Nature as early as the 1920’s. He gave the world a vision of how technology could be transformed to give free, clean energy. Moreover Schauberger warned of the consequences facing humankind if the present death oriented technology continues. He died, betrayed by the same powers who promised to make his dreams a reality, commercial gangsters. On the 25th September 1958, Viktor Schauberger died in Linz aged 73. Despairingly he repeated over and over “They took everything from me, everything I don’t even own myself”.

Olof Alexandersson’s biography of Schauberger helps give back to us a hero, someone the authorities prefer forgotten like Reich, Tesla and others who looked to Nature to help solve the world’s problems.

Blood of the Earth

From an early age Viktor was a crafty observer of nature. He learned directly from nature, closely studying the relationship between the earth, the trees and water. But water “the life blood of the earth” became his consuming passion and he set out to discover its laws and characteristics. The secrets of its power.

Far from being an inorganic substance, Schauberger perceived water to be alive. He discovered that it has its own cycle of birth and transformation into higher forms of energy. Schauberger spent hours studying the flow of natural waterways. Watching how water currents become stronger in the early hours of the morning when it is coolest, and particularly during full moon.

He remembered the stories of his ancestors who utilized their knowledge of water to transport logs down from the high forested mountains. They built constructions down the mountainsides which forced the water to flow in serpent-like spirals.

“I knew that my father transported hundreds of thousands of cubic metres of beechwood over long distances, never, however, during the day, but at at nights and generally when the moon shone. The reason for doing it this way, as my father often explained, was because water exposed to the sun’s rays is tired and lazy and therefore curls up and sleeps. At night, however, and especially in moon light, the water becomes fresh and lively and is able to support the logs of beech and silver fir which are in fact heavier than water.” 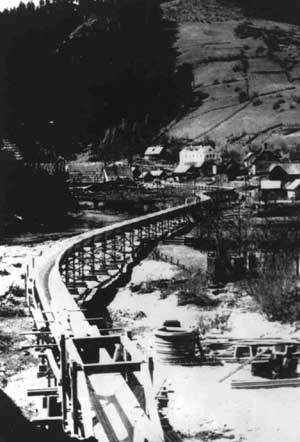 The rape of the virgin Teutonic forests

By the end of World War 1, Schauberger was given responsibility for a large wilderness area of almost untouched forest, employed by an Austrian prince. But the prince had problems. He needed money; he needed a way to transport his timber down from the remote forest. Schauberger built water flumes based on his own observations and the knowledge of his ancestors. A water snake undulating through a dam gave Schauberger the final key to success with his flumes. By imitating its movements, a combination of vertical and horizontal curves, the water chutes carried heavy logs effortlessly. Experts came from all over Europe to study the construction and the government offered Schauberger a position.

He had observed how the streams reacted when the trees were cut down. When no longer protected from the sun, the waterways became blocked and the springs that fed them dried up. Viktor Schauberger began to warn the authorities of the dangerous changes that occur when man disrupts the natural harmony of the forests.

But the large timber companies that sprang up everywhere, with encouragement from state and government, had only one goal; to transform trees into money as quickly as possible. Schauberger’s log flumes had allowed the commercial exploitation of virgin forests which had been inaccessible to the foresters. He had to witness the brutal damage done to natural forests destroyed by short-sighted greed. Angry and disillusioned, he resigned from the government and continued exploring the mysteries of water under private employment.

“There exist two forms of motion within Nature – one that breaks down, the other that builds up and refines; both always work in cooperation with one another. The form of motion which creates, develops, purifies and grows is the hyperbolic spiral… the spiralling of nebulae in space, in the movement of our planetary system, in the natural flow of water, blood and sap. “The destructive and dissolving form of movement is centrifugal, in Nature.”

The whole of modern technology is based on the idea of breaking down through heat, combustion, explosion. It exemplifies man’s single-minded pursuit of destruction and decomposition. To Schauberger, the splitting of the atom and the development of nuclear energy is an offence against Nature.

“One can make use of atomic power through the biotechnology of implosion.”

He developed his Trout Turbine, named after his observations of trout moving upstream. Later renamed the Implosion Machine, it could generate power without fuel.

“The implosion motor is centripetally operated. It produces its own driving source through the diamagnetic use of water and air. It does not require any other fuel such as coal, oil, uranium or energy derived from atom splitting. Because it can produce its own energy (atomic power) by biological means in unlimited amounts – almost without cost.”

No one really understands quantum theory

In this suction turbine an ancient principle is rediscovered, it is not pressure but attraction that the “Eternal Woman” of Nature employs.

In 1934, Hitler requested to meet Schauberger. The Führer knew Schauberger’s earlier work very well. After this meeting a project was initiated to build a “flying saucer” powered by a clean ‘trout turbine’. One report describes the first test of an unmanned flying disc which climbed to a height of 15000 metres in three minutes; it attained a horizontal speed of 2200 km/h (1367 Mph),  could hover motionless in the air and could fly as fast backwards as forwards. This flying disc had a diameter of 50 metres.

This may have given rise to the stories later on, that Hitler escaped to South America in a flying saucer. Whatever the truth, both the Soviets and the Americans were highly interested in Schauberger’s work. After the war the American forces confined Viktor Schauberger for almost a year because of his knowledge of atomic energy production. He was forbidden to take up again any research into the atomic energy fields.

So with meagre resources at hand, Schauberger concentrated on agricultural problems. His work was devoted to increasing the soil’s energy, and to encourage the build-up and preservation of the insulation “skin” of the earth. He condemned all kinds of artificial fertilizing which exhausts the soil and upsets the subtle balance of nature.