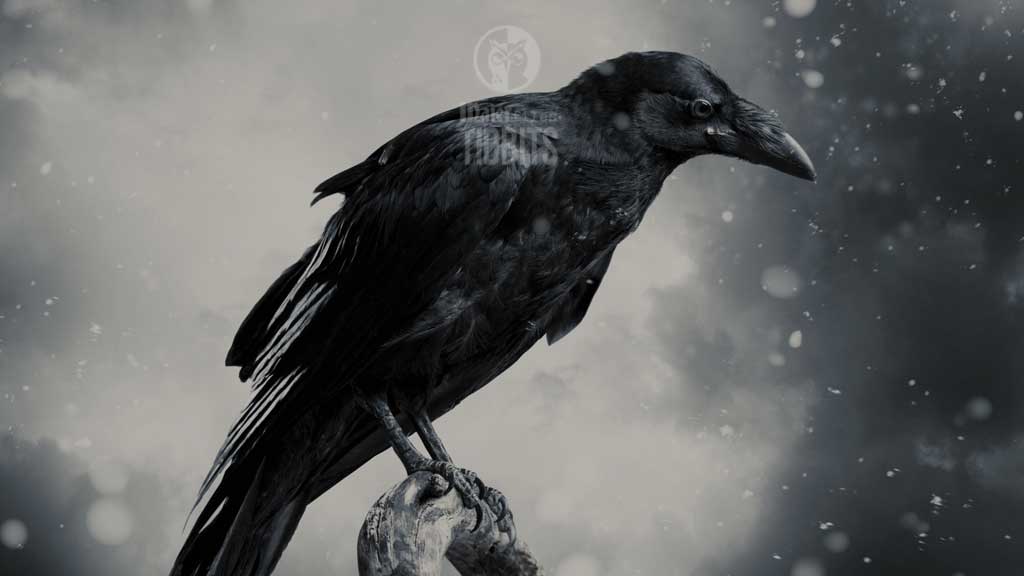 Crows and Ravens in mythology

The Crow is a harbinger of change

Crows are brought up in the mythology of countless cultures around the world as they are frequently characterised as guides for traveling between worlds. European folklore explains that crows convene courts, pass judgments, and also execute guilty members. Connected with the Goddess’s death aspect, crows came to be perceived as evil or simply fearsome.

In medieval days, finding the foot of a crow, often referred to as a witches’ foot, was considered a mark or sign of death. The Greeks thought of crows as messengers of the gods carrying wisdom and secrets. These birds were also widespread in Roman and Norse mythology. In India, a crow landing on a nearby tree was an indication of good fortune. Additionally, Hindu legends tell of crows bringing messages and offerings to people’s forebears. Crows are well known in Celtic lore and regarded as on the edge between light and dark, life and death. In Ireland, crows and ravens represented the goddess known as the Morrigan in her trinity with Badb and Macha. The name Badb means crow and this goddess carries souls to the otherworld after battle.

In ancient Gaul, artists portrayed the goddess Nantosuelta with a crow or raven along with a dovecote. The dove and crow or raven together symbolized the interlinked life/death facets of the Great Goddess. Regarded as one of the most intelligent of animals, crows learn rapidly, resolve problems  frequently in collaboration with one another, utilize gear, and even play. Additionally, they are very inquisitive.

In magic the Crow is a harbinger of change, delivering messages from other realms and at times warning of danger. Connected with war and death, it points the path into the afterlife. Though the destructiveness it seems to bring might cause fear, a crow delivers wisdom to see beyond into the fertile womb of darkness where rebirth and manifestation begin. Fostering growth, crow’s darkness is a cradle for creativity and intuition where it can help incubate talents. Crow is also instrumental in opening awareness for divination and all forms of communication. 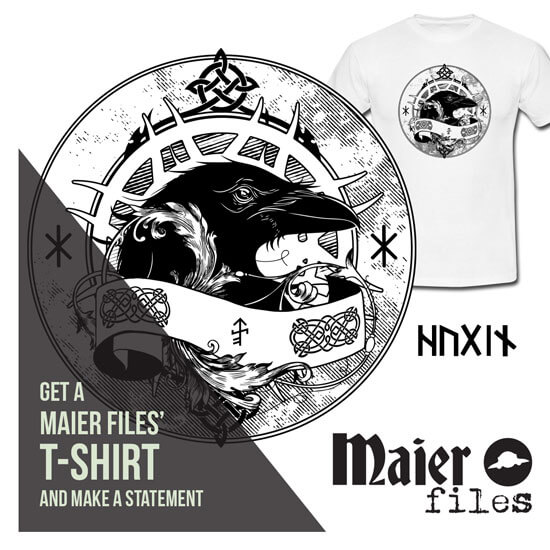 Beside crows, the Celts related ravens with goddesses of war who emerged over and around battlefields. In England, people call gravestones raven stones due to this bird’s connection and association with death. In Ireland, the gift of second sight or prophecy was better-known as raven’s knowledge. Regarded the only bird that could possibly understand and interpret omens, it absolutely was a very important animal of prophecy for the Romans. To the Greeks and Romans, a raven’s sound, the number of times it was heard, the direction from which it came, and the time of day that it was heard each had a particular meaning.

Even though they are black, the Greeks and Chinese viewed ravens solar birds. Swedish folklore regards ravens as the spirits of the dead. Norse god Odin kept two of these birds, which symbolized thought and memory Hugin and Munin. Additionally, his daughters, the Valkyries, often shapeshifted into ravens. The Vikings used depictions of ravens on the sails of their ships as homage to Odin and as a sign of good luck. Similarly, it was good luck to see a raven at the start of a hunting trip in Scotland.

During the Middle Ages and the spread of literalist Christianity ravens were associated with witchcraft and black magic, and they were believed to be able to cast evil spells. It is also legend that when King Arthur returns, he will be in the form of a raven. People in the Middle Ages believed that witches and devils could shape-shift into ravens. Similar to the “dark fairies”. The raven’s species name comes from the Greek korax, meaning “croaker,” and its common name is from Old Norse hrafn, “to clear one’s throat.”

In addition to gruff sounds, ravens have thirty to forty different calls and use body language. They can mimic other birds and human speech, too. Ravens are highly intelligent, make and use tools, and can solve complex problems. However, a raven’s life is not all work and no play. Like crows, ravens play with each other as well as with other birds and animals. Ravens have a sense of humor, as they have been observed flying upside down.

The ancient mysteries and the school of Gnosticism

An international team of scientists from the Max Planck Institute for Ornithology and the University of Oxford has revealed that New Caledonian crows are able to create tools by combining two or more otherwise non-functional elements, an ability so far observed only in humans and great apes.