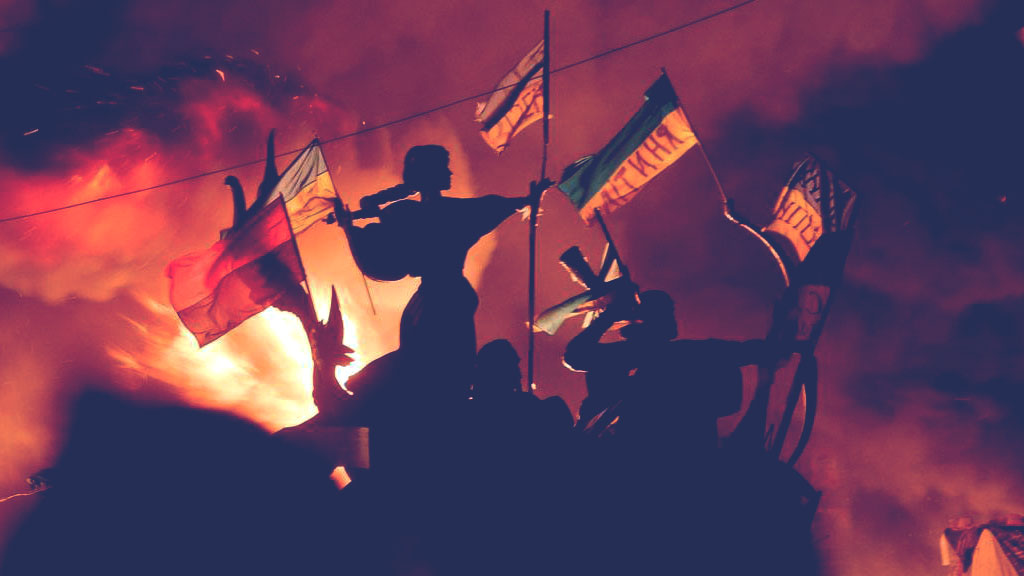 The Problem of Democracy by Alain de Benoist

Those who love to regurgitate the word ‘democracy’ are usually those who know little about its meaning in the first place. One could draw a parallel with a criminal on trial who never calls himself a crook. It is only his accusers who call him a crook.

De Benoist rightly states that every single political actor today, regardless of which corner of the Earth in which he may dwell, likes to decorate himself with the noun ‘democracy’. Every tiny criticism of that word, each skeptic who doubts its current methods of employment, is immediately denounced as undemocratic.

The noun ‘democracy’ works miracles, to the point that its four syllables, ‘de–mo-cra-cy’, when loudly uttered in public, easily disarm any of its adversaries and dismiss all of its critics. This word, especially when inscribed on the banner of the modern liberal system, can also become the ideal cover for the most despicable political crimes.

In recent history it came in handy as an alibi for carrying out serial killings against custom-designed non-democratic political actors. Or, for that matter, its loftier expression, such as ‘fighting for democracy’, can serve beautifully as a safe venue for firebombing entire ‘non-democratic’ nations into submission.

The surreal beauty that this generic noun implies, based on the specific time and place of its user, can mean everything and nothing at the same time. Today, this noun and its democratic qualifiers have become part and parcel of every politician’s lexical arsenal.

God forbid if a politician in the West dares to voice critical views of its quasi-religious significance! Not long ago, the Christian masses in Europe were obliged to chant ‘cantate domino’ in order to reassure themselves, amidst their suspicious co-religionists, of their eternal devotion to the singular Lord in Heaven, and thus avoided the risk of being chastised as heretics, or being burned at the stake as devils incarnate. Back then, nobody wanted to be ratted out for seeing the shortcomings of the dominant belief, or kicked out of his community for being out of the monotheist loop! Hallelujah!

Similar fancy buzzwords, such as ‘Son of Yahweh’, and a plethora of other Levantine sermons from Sinai, are still heard amidst the enraptured congregations of the Bible Belt. These words are still in use as the pious trademarks of the chosen people. Short of that, for an agnostic or a more urbane layman, the divine word ‘democracy’ can work miracles if he is desperately scrambling for an effective way to complete his dangling and embarrassing sentence.

An American serial killer often discovers an alibi for his misdeeds by invoking loudly in court, ‘God made me do it!’ We should not blame him too harshly. During the Second World War the self-proclaimed democratic world-improvers, both from the east and from the west, used the normative principles of democratic limitations to justify large-scale killings and expulsions – and the exclusion of their non-democratic foes. Tomorrow, should the Third World War break out, it will likely be rationalised by the adherents of democracy, who will invoke the already well-tested phrase, ‘Let’s make the world safe for democracy!’

We live in an oligarchic society where everybody pretends to be a democrat – but where there is no democracy.

Yes, that was the word in the beginning. And then came the ugly deed. It is therefore a merit of the philosopher Alain de Benoist that before tackling the concept of the political within the democratic system, he first deals with the etymology of the word and its semantic deviations and aberrations in different historical epochs. After following his narrative, which he skillfully outlines in this little book, one can only come to the conclusion that the current overuse of the word ‘democracy’ often results in inter- and infra-political mayhem which will likely bring about political catastrophes in the near future.

All those who are familiar with Alain de Benoist’s books know very well that all of them are instructive. They represent a treasure trove of various ideas, ranging from literature, art, and history to political science, and they all attest to a man of classical erudition. This little book on democracy is especially important, because it directly examines a mystical term of our times and which recurs in our daily communication.

The notion of modern democracy, which Alain de Benoist dissects in detail, is not just a label for a form of (anti-)government; it is first and foremost a label for the all-encompassing imagery which is being projected for the benefit of the public; a pervasive system of symbolism which even an uneducated man from the street must confront on a daily basis.

De Benoist rightly states that democratic principles have been major ingredients in Europe – from Antiquity all the way to modern times – regardless of the various, and often ‘undemocratic’ signifiers our ancestors ascribed to their regimes. In the forums of ancient Greece or in Thingsvellir in ancient Iceland, our ancestors knew how to use the democratic method for electing their leaders and deciding their public affairs.

Conversely (and this is something the reader must particularly bear in mind when reading de Benoist’s book), the most visible and the most vocal democrats in our age have often been individuals and systems of the most despotic and despicable character. Witness, for example, the ex-democratic Soviet Union with its purportedly democratic Constitution of 1936!

The additional asset of De Benoist’s book is that it is not a propaganda piece. It is not a pamphlet; nor does it endorse a specific political or ideological agenda. However, this precious book surely does offer some quick clues as to how we need to proceed while we are submerged in the bombastic rhetoric about democracy in our times.

Recently, Alain de Benoist made a short summary of our modern liberal democracy: ‘We live in an oligarchic society where everybody pretends to be a democrat – but where there is no democracy.’

de Benoist originally wrote and published his book, the problem with democracy, in 1985

Get the book at Amazon: https://amzn.to/2Wv4PGP