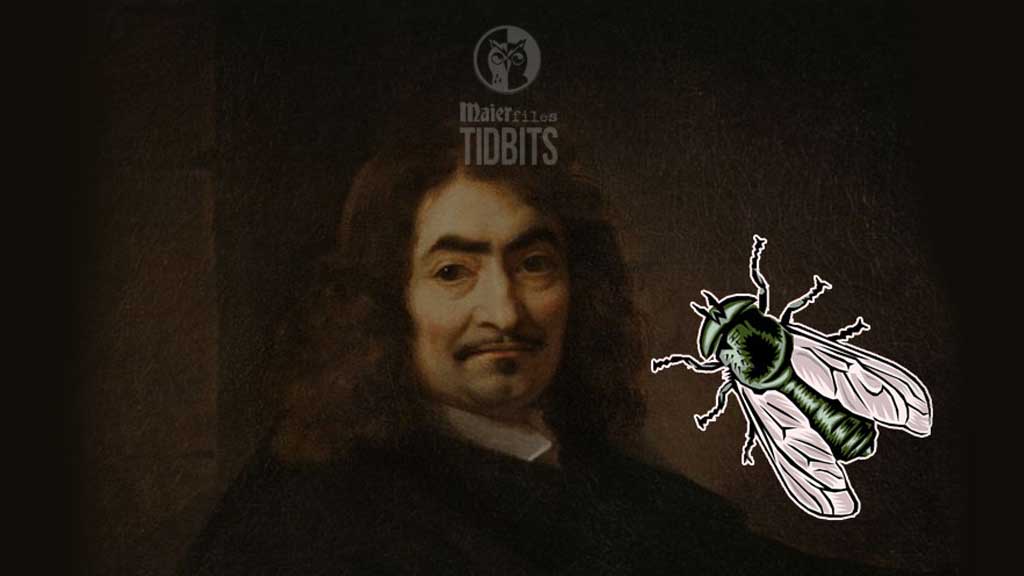 Is a fly responsible for history’s most radical shifts in understanding mathematics?

If you have been the proverbial fly on the wall in Descartes’s bed-room in La Flèche, in southern France, in 1636, you may have watched Descartes laying in bed observing you. His most remarkable idea came to him while observing a fly crawl along a curved path, which he thought about illustrating in terms of its distance from the walls. A revolution in thought was in the making; mathematics would certainly never be similar.

The German philosopher Daniel Lipstropius, a contemporary and biographer of Descartes, created this fable. It afterwards blown up into an even more capturing fiction of the way Descartes, due to his weak health, would stay in bed late every morning meditating on how exactly all of science could be formulated as certain as mathematics. In case the tale were genuine, a fly is definitely accountable for one of history’s most extreme shifts in understanding math and the way it works.

Descartes reasoned that the world was mechanical and that the secrets of the universe could be fully clarified by mathematical interpretations. His coordinate geometry was a huge help in that interpretation. Space and time could then be linked, not just via indefinite, unreliable geometric pictures caught by the spirit of intuition, but via mathematics.

There is substantial evidence that Descartes would lie in bed till late morning submerged in concentrated thought about his existence and natural surroundings. It was a habit that had lingered from his youth, when the boy was permitted to lie in bed to nurse his uncontrolled dry coughs, which seemed to fade by afternoon.

Many such thoughts enveloped a belief that the physical world is fundamentally mechanical; everything in nature can be explained through the laws of mechanics; if the world is truly mechanical, then all theoretical physics should be expressible through a small number of general laws.  His analytic geometry expressed the geometry of mechanics through algebraic equations and greatly helped to reconcile the observable facts of nature with a truly small number of principles and fundamental equations.

Descartes ingeniously used algebra to find the shortest distance from a point P to a curve. This was an ancient problem of conic sections addressed by Apollonius in the third century BCE. Descartes’s imaginative method was to construct a generic circle centered at the point P. If the circle crosses the curve, it will normally do so at two places. But if it touches at only one point, the radial line from the circle’s center P to the point of contact between circle and curve must be perpendicular to the curve.

The radius of such a circle will give the smallest distance from the point P to the curve. Find the circle centered at the point P touching the curve at only one point (call it Q) by looking for a solution to the simultaneous equations of the curve and generic circle. But with that radial line from P to Q comes—free of charge—the tangent of the curve at the point of intersection Q. It is just the line perpendicular to the radial line. If the circle represented the orbit of a planet, then the tangent line at P is the unique direction in which the planet is moving when it is at position P.

Besides the seemingly miraculous notion that geometry and algebra are mirror images of each other, Descartes’s coordinate geometry contributed two vital ingredients to mathematics:

A curve was no longer a static figure as it was for Greek geometers, who thought of classical conic sections—parabolas, ellipses, and hyperbolas—as curves formed by planes that cut cones. Instead, a curve began to be thought of as dynamically moving points determined by a rule (its equation), as an algebraic object with addresses (i.e., points) indicated by real numbers x and y.

Those real numbers, the coordinates, were locked together in a co-ordered numeric relationship; one could not change without the permission of the other. This new geometry looked at curves as relations between variables; it was a very great advance, one that radically changed the tactics and manner of mathematics, one that made calculus possible, and one that changed forever how we think about Zeno’s paradoxes of motion. 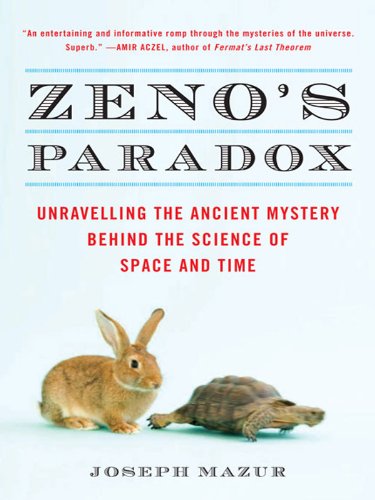 Zeno's Paradox
Amazon
Descartes believed that the world was mechanical. That the secrets of the universe could be fully explained by mathematical interpretations. His coordinate geometry was an enormous help in that interpretation. Space and time could then be linked, not only through indefinite, unreliable geometric pictures caught by the spirit of intuition but through mathematics.

The concept of a function would have been natural for examining the space-time relationship, but that would have to wait for Leibniz to introduce it in 1692, when he wrote about tangents to curves. By convention, we now use the notation y = f(x) to indicate that f is a rule that assigns to every value of the number x a unique number y. But the earlier notion of a function was that it simply be an expression built from the operations of algebra and analysis.

The function concept went through many revisions before 1837, when it settled for Johann Peter Gustav Lejeune Dirichlet’s brilliant definition: y is a function of x, if for every value of x there corresponds a unique value of y. Dirichlet’s definition gave no restriction on how the correspondence is carried out. Descartes did not have such a free definition. But he did associate equations with curves and therefore could investigate how one variable moved with another as easily as points in space moved with time.