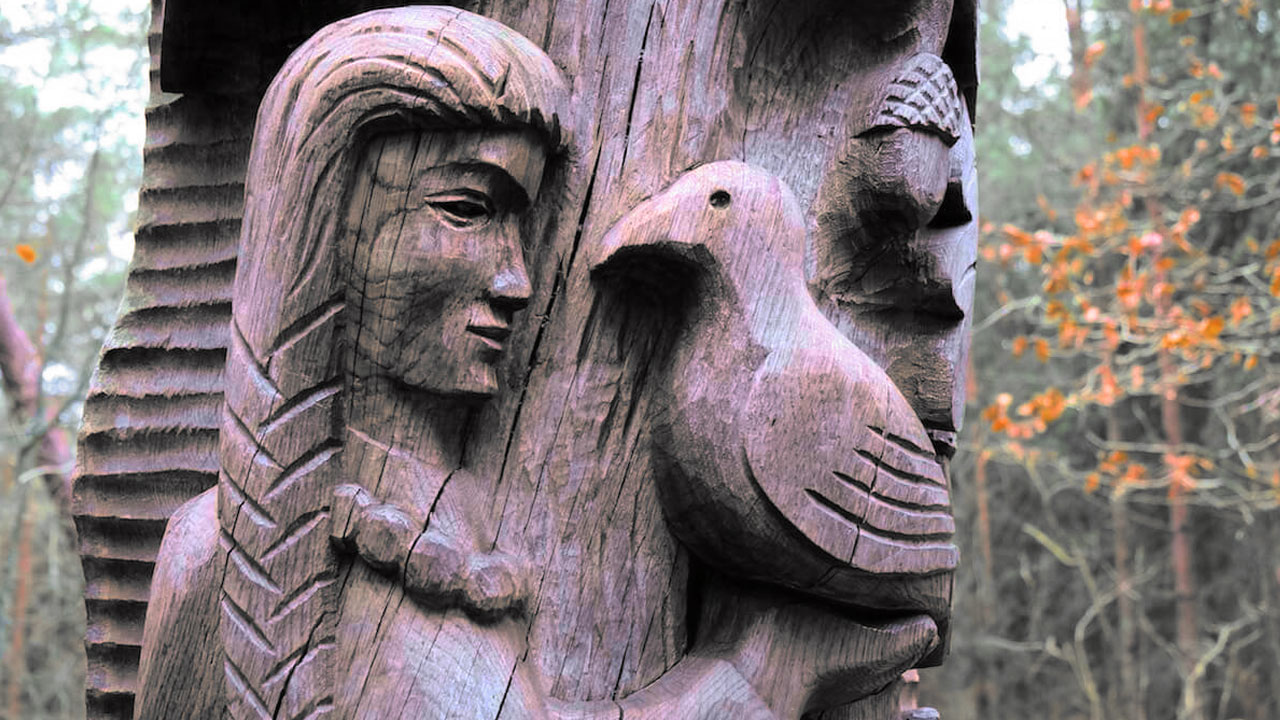 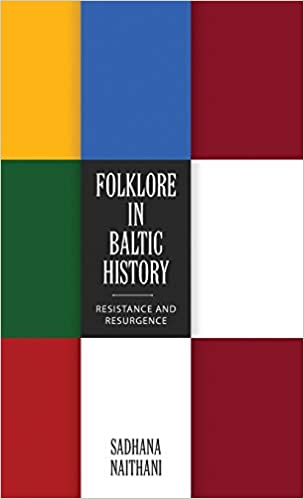 Folklore in Baltic History: Resistance and Resurgence
Available at Amazon

This book should be seen as a nuanced representation of the relationship between folklore studies and a socialist-totalitarian state, based on some of the significant issues in the history of folklore studies in the three countries of Estonia, Latvia, and Lithuania, often referred to as “the Baltic countries.”

This is not a complete and comprehensive history of folkloristics in the Baltic countries, nor is it an even representation of all. The central concern of this book is the international history of the discipline of folkloristics, which lets us see how varied, rich, and complex is the study of folklore across the globe. Ironically, the subject of study—folklore—is perceived as “simple,” which implies that its study too is uncomplicated.

The study of this “simple” subject is for a variety of reasons extremely complex and complicated. The “variety of reasons” are located in the many specific contexts in which folklore is studied. The universal application and acceptance of the concept often hide the temporal and spatial differences in its study. The dialectics of universality and particularity defines what connects folklorists across the world. This connection is rather unlike any other discipline because the universality of the concept lets them relate particularities across distances.

As a discipline, folklore studies has never been at the center of humanities, but its relationship to different political ideologies and political-ideological power structures has revealed its unique position within academia. Folkloristics is a discipline that creates a cusp between academic and popular politics.

In the twentieth century, the Baltic countries went through several major historical changes: they gained independence for the first time in modern history in 1918, were forced to accept Russian military presence in 1938/39, were occupied by Germany in 1941–1943, were occupied by the USSR in 1944, and gained freedom again in Three of these historical changes—in 1918, 1944, and 1991— impacted folklore in very different but definite ways.

Each impact was dramatic in the way it happened, the radical changes it brought forth, and the intensity of participation by folklorists. The focus of this book is on the period from 1944 to the present, and the period between 1918 and 1944 is briefly explained. The period from 1944 experienced many changes in quick succession to which scholars and institutions needed to adjust. The Oxford English Dictionary defines a dramatic event as one that is “sudden and striking.” The author calls the period in Baltic folkloristics from 1944 to 1991 dramatic because it was full of not one but several sudden and striking changes.

The nature of these events was such that they could be the stuff of which shocking stories are made. Accordingly, folklore research and teaching underwent dramatic changes. In the course of these dramatic circumstances, folklore researchers, collectors, and teachers—in short, folklorists—have done their work. For some of them, their personal lives were impacted in extreme ways. What is Baltic folkloristics? one may ask. In spite of shared history and similarity of national destinies of Estonia, Latvia, and Lithuania, it is not very apt to speak of “Baltic” in the singular. Factually, there is no such thing as Baltic folkloristics in the sense of one reality or a single entity.

Folkloristics in Estonia, Latvia, and Lithuania is differentiated not only by languages, but by many other specific details. Yet, this book attempts to discuss the folklore studies in the three countries simultaneously. The differences are neither considered insignificant nor ignored, because the differences and similarities together make the picture of Baltic folkloristics complete. The orientation of this work is tilted more toward comparable similarities.

The reason for this approach is that similarities are far too many: the three countries were under the Soviet rule for exactly the same length of time; even before the Soviet rule, they had gained independence from their common and different foreign rulers around the same time—in 1918; they also freed themselves of the Soviet control at the same time—in 1991; and, finally, they themselves recognize their shared histories and are currently building collaborative networks for research and study of folklore. Similarities in folkloristics are in the ideological trajectory.

Be it the early nationalist folklorists of the late nineteenth and early twentieth centuries, the folklorists under the Soviet rule, or those since independence from Soviet rule, the broad movement occurs along parallel lines. Within a span of some seventy years, folkloristics in the Baltics has experienced three major shifts. The changes in political history brought ideological shifts, and each shift caused a break from the past, creation of new structures, and generation of a different hope with the future.

src. Sadhana Naithani.
She combines the study of written works, archival documents, life-stories, and conversations with folklorists, ethnologists, archivists, and historians in Tartu, Riga, and Vilnius. She recorded conversations on video, creating current reflections on issues of the recent past. Based on the study of life-stories and oral history projects, Naithani juxtaposes the history of folkloristics and the life of the folk in the Soviet period of the Baltic countries. The result is this dramatic, first-ever history of Baltic folkloristics.