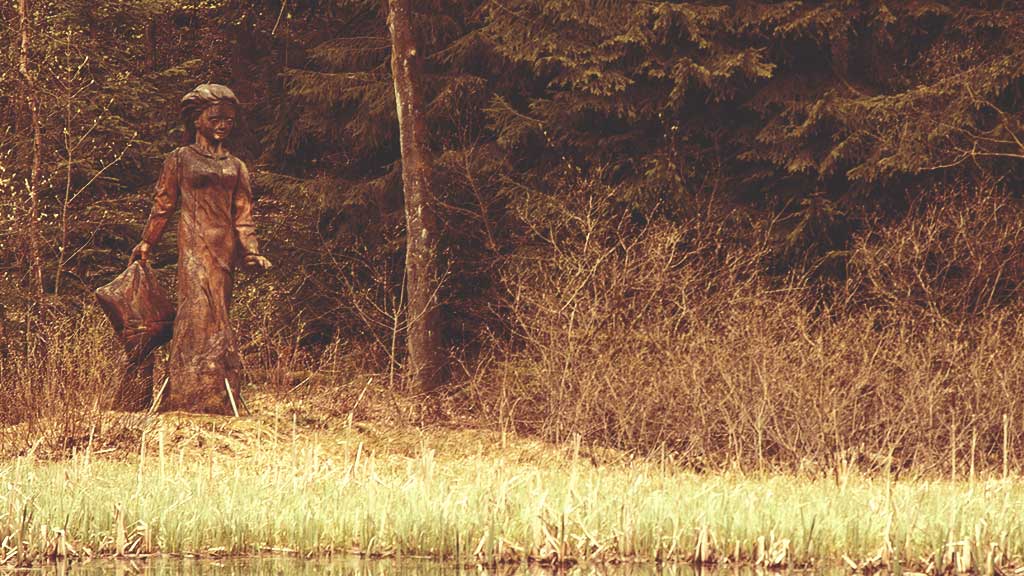 Hella, Hel, known to all Germanic peoples, including the Goths as Hellarunester. A Gothic word for “witch” was Haljoruna. The name itself stems from a root meaning “to hide”. The word Hellirunar describes people who ‘rune’ (Speak, sing, whisper) with Hel/Helja, the goddess and realm of the underworld. “Hell”, in its original meaning is the hidden realm, the dark and foggy place where the dead and unborn dwell. Often the term is used in a sinister meaning.

The bishop Wulfila mentions a group of Haljarunae who were evicted by King Filimer because of their sorceries. (Filimer was an early Gothic pagan king). In old Norse Helruna (female) and Helruni (male) means someone who is familiar, possibly intimate with, the goddess Hel or her hidden realm. The road to Hel was for the Ancient peoples of Megalithic Europe “down and to the north”.

Hella is personified as a powerful female might, ruling the land named for her: Hell. This in contrast to the masculine Hades found in the Greek stories. In the “Poems and Prose from the Old English” by Olsen, one can read that her power in her realm is nearly absolute: she quarrels with Satan, drives him off his own throne and imprisons him.

As a goddess of death, Hel is not only the receiver of the dead, sometimes she comes herself to claim them. However, generally she is simply the keeper of the souls of the departed, welcoming them into her house, which was viewed as a sort of inn or hostel for the dead.

The death goddess is quite possessive and never giving back one she has taken. Likewise with the god Balder, the 9 worlds may wish Balder back, but death herself will remain unrelenting until Ragnarok. (Read this post about Balder: https://www.maier-files.com/balder-greatest-secret/)There’s also a benevolent goddess Holle in central and northern Germany. Holle also known as Holda, Hulda or Frau Holle.

This benevolent Holle from central Germany is thought to live on the hohen Meissner Mountain. Her home is in the Frau Holle lake (Frau Holle Teich) on the mountain, and children live with her in the lake before they are born.

When you follow the trail number 4 you’ll find a cave called the Kitzkammer. (Cat chamber)

The cats of Frau Holle were actually girls who had been lazy, so Frau Holle had taken them and turned them into cats to live and work for her for a certain time.  In more ancient tales she’s also associated with the Wild Hunt, a ghostly or supernatural group of huntsmen passing in wild pursuit. (in the winter months) People encountering the Hunt might also be abducted to the underworld or the fairy kingdom.

We all walk in Mysteries

During the 12 days of Yule (Jul), Holle rides across the sky and drives her wagon over the land. She visits houses, and when spinning has been completed and the houses are clean, she is pleased and gives her blessing to the house. The twelfth Night is most strongly associated with her. An oatmeal and pickled herring is eaten, and a plate of food is left out as an offering for Frau Holle. Another custom is to shake your apple tree at the beginning of Yule and call out “Baumchen, wach auf, Frau Holle kommt!” (Little tree, wake up Frau Holle is coming!)

Holle is strongly connected with spinning, especially of flax. It’s been believed that Holle brought flax to humans. As said, she is pleased when one keeps a clean and tidy house. When people are poor but hard working and honorable, she will give them a pot that always filled with food, or an apple tree that bears much fruit.

Frau Holle is also connected to springs, wells and lakes, there she lives in a land on the bottom of the water. She can be seen as a bright shape drifting in the fog, and her fog maidens are “die Hollen”.

In Southern Germany, Austria and Switzerland, the goddess Berchte, Berchta sometimes Perchta has many of the same characteristics as Holle from the North. She’s also associated with the Wild Hunt, the Twelfth Night, spinning and weaving. The same connections and related goddess is the Dutch Nehelennia and the Frisian Hludana.
<more to come>