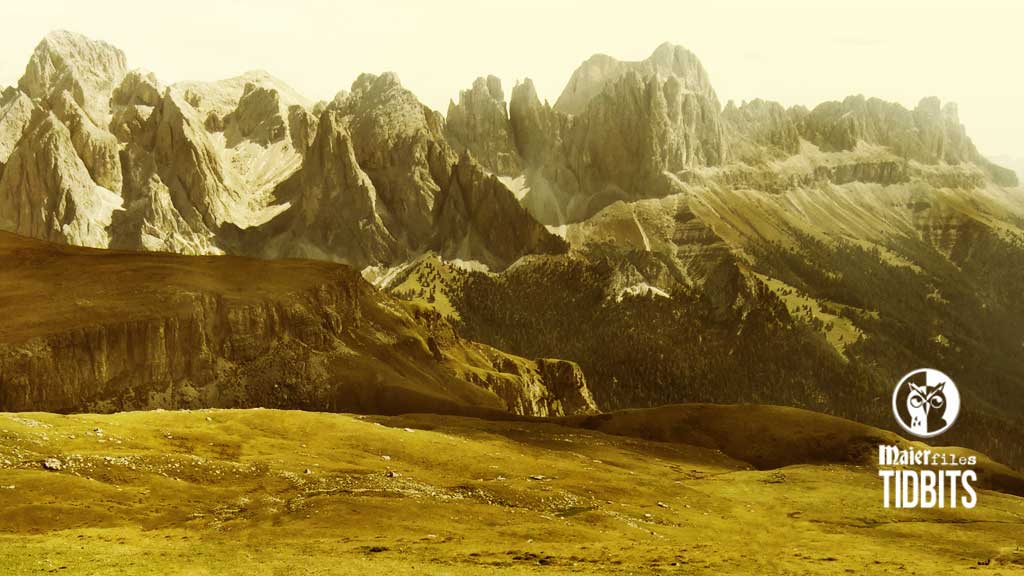 and the legends of King Laurin

There exists several variations on the tale and many poems about Rose garden legends. King Laurin and the love of the month of May are the most famous ones.

The Southern Tyrol saga of King Laurin (German term: König Laurin) belongs to a well known tradition in the Dolomites. It really is a widespread interpretation or explanation of the optical phenomenon of Alpenglow, where the peak of the mountains alter their color to tones of red and purple throughout and after sunset. King Laurin’s legend is usually said to be the basis of the German name of the Rosengarten group (Italian: Catinaccio) between South Tyrol and the Trentino.

King Laurin was the ruler of a prospering race of dwarves who resided up the Rosengarten mountains and mined these mountains for treasured gems and precious ores.

He owned a subterranean palace crafted from dazzling quartz. But this wasn’t King Laurin greatest pride. The garden he possessed found in front of the entrance way to his subterranean crystal palace, was his greatest pride, delight and joy.

Limitless exceptional roses blossomed within this garden, whose perfume was enchanting. However woe unto individuals who might try to pluck even only one of those roses!

Laurin would definitely command that his left hand and right foot be chopped off! He exacted the similar punishment from anybody who tore the silken string which enclosed his entire rose garden instead of a fence.

One day, a knight in the mould of Dietrich von Bern was riding on the very old Troj de rèses. The footpath of Tyrolean roses, which crosses the Tierser valley, part of the Karer Pass leading North. He is trying in vain to find an access to Laurin’s kingdom. Each time he thinks that he has attained his goal, insurmountable fences rise up before him.

It was by virtue of seeking the millers that the Knight of Bern found their cave in the paradise Garden of Roses and from there walked the pathway to eternity. Web of woven silk alludes to the timeless thread of order that is ever-present in the midst of chaos.

It is the guide between this world and the Otherworld, personified in mythology by Ariadne, Circe, Ceridwen and Hecate.

Bring me a Rose

The tale of the Elfin Legend and the return to the Golden Age, is filled with powerful themes and images that might provide a clue to the real mystery, among them: Knight of the lineage of Dietrich von Bern, Troj de Reses (Pathway of the Roses), sheperdess, enchanted windmill, seven dwarfs, fiance of the Month of May, web of woven silk …

In the Elfin legend the knight gathers a rose from the first bush.

An elf cries out from the foliage:
“Bring me a rose of the good old days!”
“Willingly”, replies the knight, “but how will I find it?”

The knight approaches the second bush. He gathers a flower.
Once again, the elf appears and, in exactly the same way, questions him, then disappears lamenting in turn. Then, when the knight picks a rose from the third bush, a third elf asks, “Why do you knock on our door?”

“I wish to enter King Laurin’s rose garden, as I seek the fiancé of the month of May!”
“Into the rose garden come only the child and the poet. If you can sing a beautiful ballad, then the way will be open to you.”
“I can.”
“Then come with me”, says the elf, who begins to gather some wild roses and then goes down into the gorge.

The knight follows him. They reach the windmill. The door opens by itself. The dwarves are still sleeping. The elf brushes them with the roses crying out, “Wake up, sleepers, the young roses are in flower!” The dwarves rouse themselves, open their eyes and begin to mill…

The elf then shows the windmill’s cave to the knight. Beginning from there, is a gallery, which buries itself into the mountain and ends in a dazzling light.

Whereupon, the knight’s eyes overflowing with happiness discover King Laurin’s paradisiacal garden, with its multicoloured flowerbeds, its smiling copses and resplendent roses.  He also notices the silk thread that encloses everything.

“Now, begin your song”, says the elf. So the knight sings Love and the month of May. And the paradise of roses opens up before him. For always. The knight entered into eternity.

King Laurin was by far the most popular poem concerning the knight called Dietrich. It is attested in variety of manuscripts as well as in printed editions. It almost certainly originates in the 12th century in Tyrol, and has 4 major variations or versions.

They all are written in rhyming couplets, except the Dresdner Laurin which is written in stanzas.

The earliest version of the story starts with a dialogue between Witige and Hildebrand. Witige claims that Dietrich is the biggest hero ever; Hildebrand objects that Dietrich has not ever undergone a dwarf-adventure. (twergen-âventiure)

At this point Dietrich walks in and becomes angered by Hildebrand’s personal critique. Hildebrand conveys to Dietrich that he could find this sort of an adventure in the Tyrolian forest, the location of king Laurin’s Rose garden. This dwarf king will battle any challenger who breaks the thread encircling his rose garden. Dietrich and Witige instantly set off to challenge Laurin.

Some researchers have attempted to connect the rose garden to a cult of the dead or with an ancestral cult. Similarities with Celtic inspired Arthurian romance and the rose garden as otherworld, have also been proposed.

The House of the Chalice and the great Rose Garden