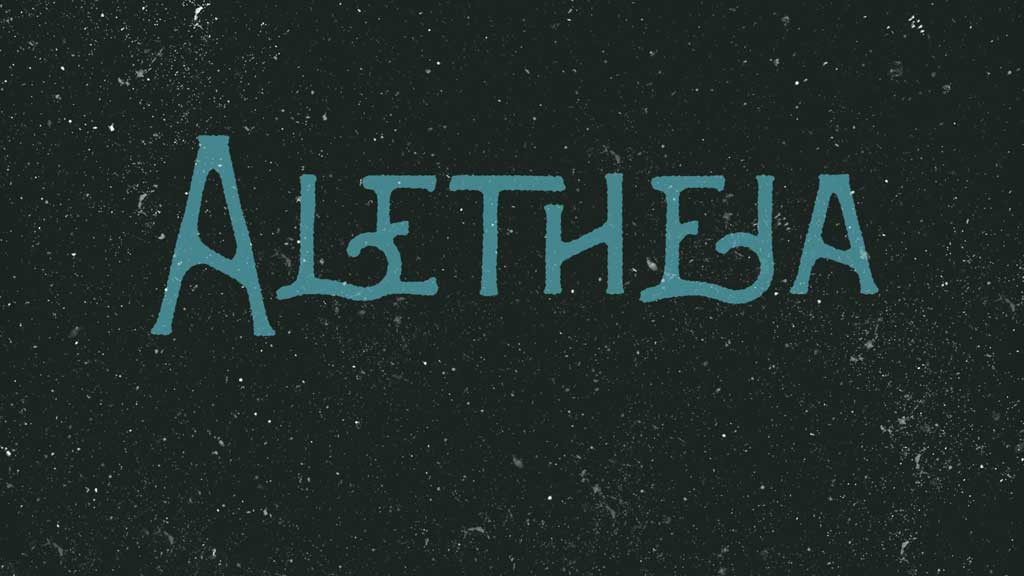 Aletheia is truth or disclosure in philosophy

The hidden “openness” and the goddess of Truth

Aletheia, the Greek word for truth, typically stands for the correctness of a thought, perception, or assertion, and, in fact, as early as Homer, a cognate of correctness, homoiosis, served as a synonym for it. According to Heidegger, this construal of aletheia derives from its more basic meaning as un-hiddenness, where the privative prefix ‘un-’ apes the corresponding privative Greek prefix ‘a-’ in ‘a-letheia’ and ‘letheia’ derives from words for the hidden or forgotten. For example, “the sun shines” is true in the sense of being correct only if the sun’s shining is not hidden. Just as the hidden is hidden from someone, so aletheia as the unhiddenness of “things” entails their actual or potential presence to someone (for Heidegger that someone is Dasein).

Since “being” stands for this presence of something (together with the absences the presence entails), aletheia is at bottom the truth of being (genitivus appositivus, like the ‘city of New York’), irreducible to beings or to human beings, to objects or subjects.

Greek thinkers were so taken by aletheia as the sheer unhiddenness of things that they equated it with being, so much so that attending to the unhidden thing displaces consideration of unhiddenness itself. The yoking (zugon) of aletheia—in Plato’s Cave Allegory—to the manifest way things look in the light marks a key site of its devolution from unhiddenness to correctness.

The foundation of a-letheia (un-hiddenness) in hiddenness is fatally lost when aletheia is translated as veritas (truth) and its opposite is no longer the multiple forms of hiddenness but simply falsehood. This hiddenness encompasses the obstruction of some entities by others, observers’ shortsightedness, the fading past and the oncoming future, and—ironically—the unhiddenness itself.

The essence of aletheia (truth in a primordial sense) is neither the correctness of assertions nor the unhiddenness of beings, but the interplay of that hiddenness and unhiddenness or, equivalently, the strife (eris) between earth and world.

Aletheia in this basic sense is the hidden “openness” in the midst of beings that grounds their unhiddenness (65: 339, 342–51, 357). Letting things present themselves-as-they-are supposes an opening, identified in SZ with Da-sein as the clearing or disclosedness, and thus “the most primordial phenomenon of the truth”.

This openness amounts to nothing if things are hidden from us. Aletheia as this unhiddenness is “a determination of entities themselves and not somehow—like correctness— a character of an assertion about them” (45: 121). Truth as correctness accordingly “stands and falls” with truth as the unhiddenness of entities (45: 20, 96–103, 129ff). Far from ignoring bivalence, this account of truth as the struggle of unhiddenness and hiddenness, in advance, as it were, of any human shortcomings, provides a way to explain it (9: 191).

Some critics (e.g. Jaspers, Tugendhat) charge that the interpretation of truth as sheer disclosedness forfeits its specific meaning, where correctness (bivalence) is fundamental. Yet errancy is inherent in any human disclosedness; we are in the untruth as much as in the truth.

Moreover, to apply the notion of correctness to truth as unhiddenness is itself a category mistake since correctness presupposes unhiddenness and not vice versa (65: 327). In a late address, in contrast to his practice for three decades, Heidegger proposes holding off from construing “truth” (Wahrheit) as a translation of aletheia.

In light of the traditional equation of truth with correctness, he concedes that “aletheia, unhiddenness thought as clearing of presence is not yet truth,” though he continues to insist that the correct correspondence presupposes it, “since there can be no presence and making present outside the realm of the clearing” (14: 86; 15: 396).

Is understanding seeing the paradoxes?

Why in the world should the truth be dangerous?