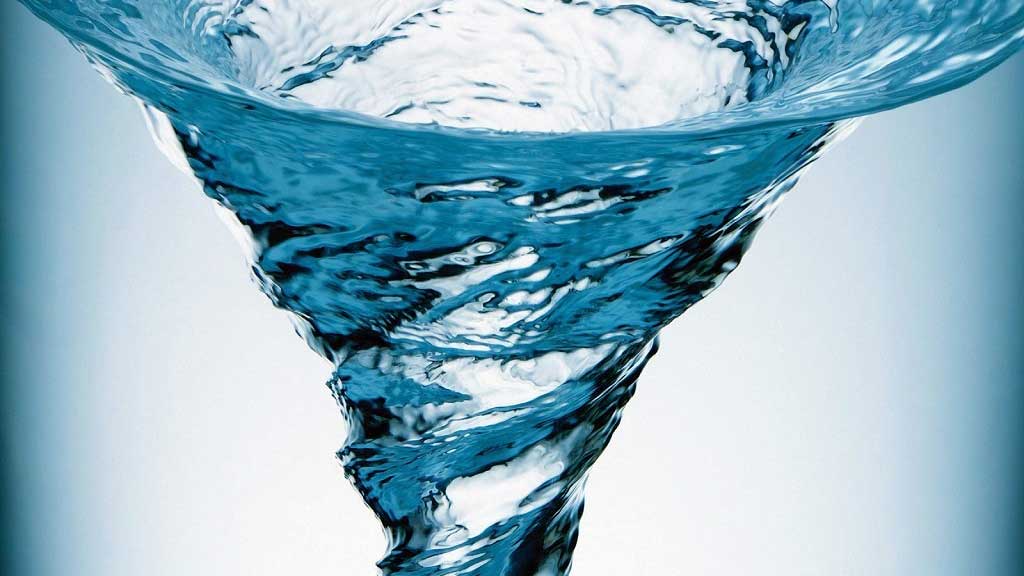 3
Home
energy
All life has its secret in dipolarity. This is the possession by a molecule of regions of both positive and negative charge so that it is positive at one end and negative at the other. Without opposite poles there can be no attraction, and no repulsion. Without attraction and repulsion there can be no movement, and without the latter, no life. Light calls for darkness, because without darkness it would have no meaning.

All Poles are essential to nature

Opposites represent an integral part of nature’s course which, in reality, does not describe a complete circle but a spiral. This observation, though of the greatest importance, has failed to attract the attention it deserves. All that lives (at this level of consciousness or being) moves between two opposites, between two poles — hence dipolarity — spiralling upwards toward enlightenment and purification, or downwards through deterioration and degeneration toward ruin. This depends on whether the driving force is centripetal (that is, concentric toward the center) or centrifugal (that is, excentric toward the outside). The excentric or cenrifugal force leads to destruction, the concentric or centripetal force leads to growth and enrichment. This is equally true of material and of spiritual matters.

Of course, polarities also apply in biological terms. Here balance is achieved between contrasting qualities, and of course between different sexes. 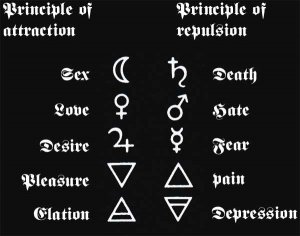 Without the attraction and repulsion of atoms there would be no water, no plants, nor chemical compounds. The mutual attraction of 2 x H and 1 x O gives birth to the marvel of water.

We are more familiar with the terms ‘positive’ and ‘negative’ than ‘male’ and ‘female’ in scientific contexts; as, for example, with electricity. Of course, positive and negative in this sense are not judgmental terms, but opposite poles.

Schauberger felt that to use the terms masculine and feminine was more in keeping with Nature, which he saw as a living organic system.

We tend to think of Nature as being chaotic. The reverse is true. Schauberger discovered that Nature operates according to very strict laws. One of the most important is that concerned with the balance between energy polarities, each of which has its particular manner of expression. Masculine and feminine together make up a complete human being; one cannot exist without the other, and each needs the other to be whole.

Except for the curious condition of laughter, which is its own opposite, emotion follows a dual pattern — love and hate, fear and desire, and so on. Pagan philosophers saw human qualities mirrored in nature and cast these giant reflections of themselves as gods. It is therefore unsurprising that most pagan cosmologies contain a complete spectrum of our psychology in god form. The main divisions of emotion equated with planetary god forms. Each of these principles manifests in three important forms represented here by the Alchemical principles of Mercury, Sulphur and Earth.

The Mercurial (exalting, spiritual) form indicates the cathartic, ecstatic, gnostic mode. Over-stimulation of any emotive function creates a mental explosion in which the whole consciousness may be caught up. This is experienced as a great release or catharsis, and at higher levels, ecstasy. Finally, the one-pointed consciousness essential to mysticism and magic may supervene in which the life force can act directly. The gnostic condition is also the key to radical changes of belief or conversion. Any belief presented in this condition is likely to be retained due to the hypersuggestibility of the vacuous state of the mind.

The Sulphurous (quickening, active) form indicates the ordinary basic drives to copulate, to destroy, to be attracted by favorable stimuli and repelled by harmful ones. This is the normal functional mode of the emotion from which the ecstatic and earthly modes are derived.

The Earthy (heavy, sluggish) form is evoked when an emotion becomes tainted with an admixture of its opposite. It turns in on itself rather than seek fulfillment in action or ecstasy.

In the Tabula Smaragdina, we find the following significant words cut in the emerald: “Combine the heavenly with the earthly in accordance with the Laws of Nature, and health and happiness shall be yours as long as you live.“
Only the finest elements should be mated and blended if one wishes to obtain each time a finer and higher product. To mate, means to unite and to stimulate two opposites, the positive and the negative.
The negative attracts the positive and the latter is drawn to the negative. Sunlight, which is positive, fertilizes the negative grain seed in the womb of the earth. A constant exchange of emissions between the positive atmosphere and the negative geosphere brings the seed to life. In this case it can be truly said: “She partly drew him down, he partly let himself sink.“

The ballad begins by introducing us to the fisherman who is sitting on the bank of a river looking to catch some fish. However, to his great surprise, he sees a beautiful woman rise up out of the water. This woman is very enchanting; she begins to speak to him and sing to him in a way that is alluring and irresistible. The fisherman is left speechless and is enthralled by the woman’s charm and beauty; it is literally love at first sight. The fisherman realizes that he must  be with this woman and have her as his own. He essentially loses all reason and follows the woman into the depths of the water, presumably to his death.

It is especially interesting that the narrator tells us that the fisherman is partially being pulled by the woman yet partially advancing into the water of his own free will. The fisherman’s desire to be with the woman at all costs is clearly evident in these lines recounted by the narrator. The fate of the fisherman is either untimely death or a culmination of love with the woman, yet this is left in part to speculation: “and he was never seen again.”