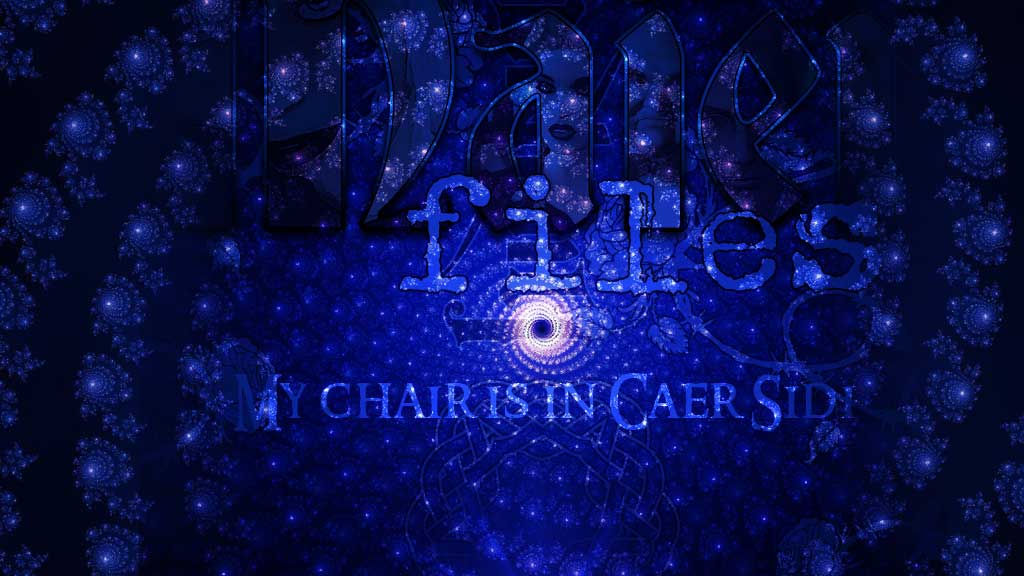 And The Great Prisoner

If we take into account the Celtic tradition of the descent to the underworld, we also have another level of our quest: the Great Prisoner. As in the labyrinthine journey of the Grail quest, the hero who enters into the faery fortress of Caer Sidi to gain the cauldron is indentured to continue in its service until he is released. He becomes “the Great Prisoner.”

For the Celtic peoples, realms overseas were liminal, otherworldly places. In Ireland, the Blessed Islands of the West are typified by the Land of Promise. Manannán mac Lír, god of the otherworld ruled over it. In Britain this same divinity is known as Manawyddan. The realm beneath, Annwfyn, was the “not world,” or the inverse to our own.

In the Defence of the Chair, a poem attributed to the sixth-century bard Taliesin, the poet proclaims:

My chair is in Caer Sidi,
where no one is afflicted with age or illness.
Manawyd and Pryderi have known it well.
(Matthews, J., At the Table of the Grail.)

The location of the cauldron within the seven caers of Annwfyn is not an earthly or human one. It is a place wherein age and illness do not strike: it is the realm of Faery.

Etymologically speaking, the word Annwn is thought to mean Un-world. Annwn, also spelled Annwfn could derive from the word dfwn, which means deep. So it is also possible that it means “deep place”.

In the ancient memory of the British, Pwyll and Pryderi are remembered as heroes who entered into the perilous place of the Lord of the Underworld, Pen Annwfyn.

His cauldron provides us with one of the earliest prototypes of the Grail. In British tradition, this is a cauldron that, like the testing horn and tankard above, is itself a test. It will not boil the food of a coward, and thus the result can only be achieved by a hero. It abides in the otherworld and finally Arthur sought it himself. In the tenth-century British poem, Preiddeu Annwfyn we hear that Arthur goes with three shiploads of men through the seven caers, or castles, of the underworld to bring the cauldron back.

Translating these early Celtic traditions back into medieval Grail quest terms, the wondrous vessel cannot be accessed by just anyone. The first entrant into the quest after the Faery Accord’s fracture becomes stuck there in timelessness, just as the Fisher King does with the endlessly repeating Grail procession.

The toil of the Grail seekers is to serially endure the spiraling of the quest as they find the Grail Castle, neglecting to ask the right questions, and then losing the location time and again. In more than one of the Grail texts, including Diu Cröne, the castle of the Fisher King revolves, requiring the seeker to take a leap of faith, to enter at the right moment as the door whirls past.

The purpose of the original faery vessel is primarily the provision of hospitality. It is a cauldron from which all may feast, as an early medieval list of the Thirteen Thlysau, or Treasures, of Britain reveals: the cauldron of Diwrnach the Giant. If you placed meat to boil for a coward, it would never boil. But if you put the meat of a brave man into it, the meat would boil quickly and so distinguish the brave from the cowardly.

Delve deeper: The Lost Book of the Grail