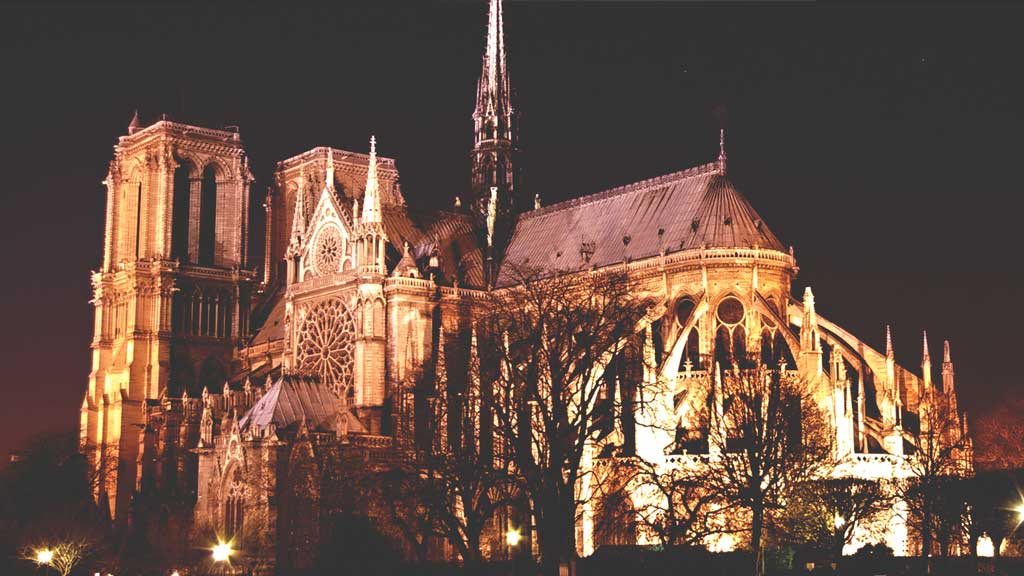 The mystery of the Cathedrals - Fulcanelli

It was in 1926, in the thick of transformative ferment of the interbellum, that an anonymous volume—issued in a luxury edition of three hundred copies by a small Paris publishing firm known mostly for artistic reprints—rocked the Parisian occult underworld. Its title was Le Mystère des cathédrales (The Mystery of the Cathedrals). The author, “Fulcanelli,” claimed that the great secret of alchemy, the queen of Western occult sciences, was plainly displayed on the walls of Paris’s own cathedral, Notre-Dame-de-Paris.

In 1926, alchemy, by our postmodern lights a quaint and discredited Renaissance pseudoscience, was in the process of being reclaimed and reconditioned by two of the most influential movements of the century. Surrealism and psychology stumbled onto alchemy at about the same time, and each attached its own notions of its meaning to the ancient science.

Carl Jung spent the twenties teasing out a theory of the archetypal unconscious from the symbolic tapestry of alchemical images and studying how these symbols are expressed in the dream state. The poet-philosopher André Breton and the surrealists made an intuitive leap of faith and proclaimed that the alchemical process could be expressed artistically. Breton, in his 1924 Surrealist Manifesto, announced that surrealism was nothing but alchemical art.

The Mystery of the Cathedrals

Fulcanelli’s book would have an indirect influence on both of these intellectual movements: indirect, because the book managed a major literary miracle—it became influential while remaining, apparently, completely unknown outside of French occult and alchemical circles. This is perhaps the strangest of all the mysteries surrounding The Mystery of the Cathedrals.

One illustration suffices to show the magnitude of the occlusion. Take any art history text on Gothic cathedrals written in the last thirty years and look at what it says about the obscure images found on the walls and entrance ways of Notre-Dame. You will find, four times out of five, that alchemy is mentioned as a possible source of these vaguely Christian images. You will also find, especially if the textbook is in English, that Fulcanelli and The Mystery of the Cathedrals are neither mentioned nor given as a source.

We may call this the-dog-that-didn’t-bark-in-the-night effect. Like the dog that doesn’t make a sound while the house is robbed, Fulcanelli’s work has become conspicuous by its absence. On the other hand, the book’s widespread influence suggests an importance far beyond the antiquarian idea that the cathedrals were designed as alchemical texts. To understand the silence, we must first understand Fulcanelli.

“Gothic art is in fact the art got or art cot—χοτ—the art of light or of the spirit,” Fulcanelli informs us. Ultimately the “art got,” or the “art of light,” is derived from the language of the birds, which seems to be a sort of Ur-language taught by both Jesus and the ancients.

Fulcanelli also claims that Rabelais’s five-volume work Gargantua and Pantagruel is “a novel in cant,” that is, written in the secret language. Offhandedly, he also mentions Tiresias, the Greek seer who revealed to mortals the secrets of Olympus. Tiresias was taught the language of the birds by Athena, the goddess of wisdom. Just as casually, Fulcanelli notes the similarity between gothic and goetic, suggesting that Gothic art is a magic art.

Secret in the Cathedrals

From this, we see that Fulcanelli’s message, that there is a secret in the cathedrals, and that this secret was placed there by a group of initiates—of which Fulcanelli is obviously one—depends upon an abundance of imagery and association that overpowers the intellect, lulling one into an intuitive state of acceptance. Fulcanelli is undoubtedly brilliant, but we are left wondering if his is the brilliance of revelation or of dissimulation.

The basic premise of the book—that Gothic cathedrals are hermetic books in stone—was an idea that made it into print in the nineteenth century in the work of Victor Hugo. Hugo spends a whole chapter (chapter 2 of book 5) on the idea that architecture is the great book of humanity, and that the invention of printing and the proliferation of mundane books spelled the end of the sacred book of architecture.

He reports that the Gothic era was the sacred architect’s greatest achievement, that the cathedrals were expressions of liberty and the emergence of a new sense of freedom. “This freedom goes to great lengths,” Hugo informs us. “Occasionally a portal, a facade, an entire church is presented in a symbolic sense entirely foreign to its creed, and even hostile to the church. In the thirteenth century, Guillaume of Paris, in the fifteenth Nicolas Flamel, both are guilty of these seditious pages.”

Essentially, Le Mystère is an in-depth examination of those “seditious pages” in stone. Fulcanelli elaborates on the symbolism of certain images found on the walls and porches of architect Guillaume of Paris’s masterpiece, Notre Dame Cathedral, and its close contemporary, Notre Dame of Amiens.

To this he adds images from two houses built in the Gothic style from fifteenth-century Bourges. This guided tour of hermetic symbolism is densely obscure, filled with “green language” puns and numerous allusions. To the casual reader, and even the dedicated student, this tangled web of scholarship is daunting.

The Mysteries of the Great Cross of Hendaye: Alchemy and the End of Time