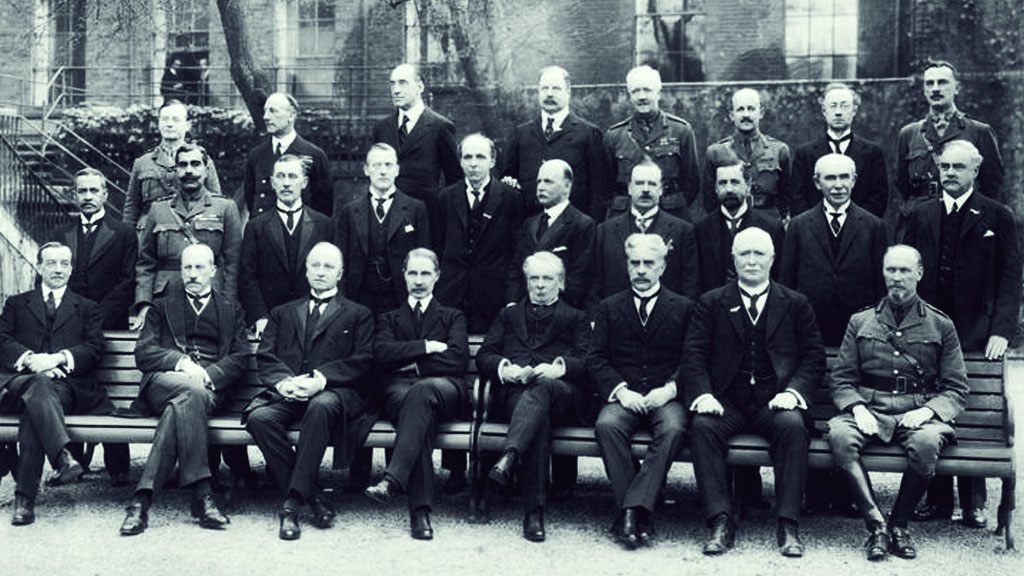 The Rhodes-Milner Secret Society, the Start of the New World Order 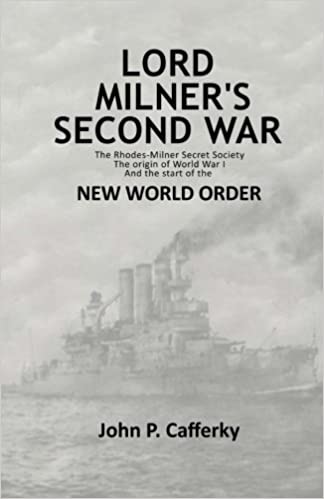 John P. Cafferky examines the origin of World War I, the seminal event of the Twentieth Century and the event that “made” the New World Order under the leadership of Lord Milner. Lord Milner was an international banker and he worked closely with J. P. Morgan in the USA and Lord Rothschild and other bankers in the City of London. The central thesis of “Lord Milner’s Second War” is that Lord Milner arranged for Britain to participate in the War.

Cecil Rhodes, the great British Imperialist, wanted to establish a world state through the British Empire. He set up his secret society to achieve that goal and he groomed Lord Milner to succeed him. Milner started the South African War (the Boer War) to seize control of South Africa and its huge gold deposits. He pioneered the use of concentration camps to wage war on the civilian population. Twenty-seven-thousand Boer women and children perished in Milner’s camps—far more than the casualties of all combatants. Having hoisted the British flag on all of South Africa, Milner set his sights on the ultimate prize—a great war that would crush Russia and Germany and leave his banking allies free to dominate world finances.

The Rhodes-Milner secret society (The Milner Group), based in England, colluded with President Poincare of France and Ambassador Izvolsky of Russia to foment the seminal event of the twentieth century—the 1914-18 First World War. Izvolsky destroyed Czarist Russia; Poincare led a million-and-a—half of his countrymen to their graves; but victory for the Milner Group left this secret organization of imperialists and financiers wielding enormous influence in world affairs. The primary source on the Rhodes-Milner secret society is Carroll Quigley, a Georgetown professor. He wrote two books, Tragedy And Hope and The Anglo-American Establishment, in which he revealed the existence of this secret society, and partially revealed what they do and the enormous influence they wield. In the former he says:

There does exist, and has existed for a generation, an
international Anglophile network . . . I know of the
operations of this network because I have studied it
for twenty years and was permitted for two years, in
the early 19605, to examine its papers and secret
records. I have no aversion to it or to most of its
instruments. 1 have objected, both in the past and
recently, to a few of its policies . . . but in general my
chief difference of opinion is that it wishes to remain
unknown, and I believe its role in history is significant
enough to be known.

In his later work, The Anglo-American Establishment, Quigley examines the “Anglo” side of the organization and he makes the following claims about the Rhodes-Milner secret society:

For these men were organizing a secret society (in
1891) that was, for more than fifty years, to be one of
the most important forces in the formulation and
execution of British imperial and foreign policy.
The power and influence of this Rhodes-Milner group
in British imperial affairs and in foreign policy since
1889, although not widely recognized,
can hardly be exaggerated.
Any effort to write an account of the influence
exercised by the Milner Group in foreign affairs in the
period between the two World Wars would require a
complete rewriting of the history of that period.

Quigley claims he read the secret documents of this organization. His claim leaves no wriggle room: either we dismiss him as a crank or we test his claim against the historical record.

In the first chapter of his book, Lord Milner’s Second War, Mr. Cafferky introduces the Rhodes-Milner secret society, outlining how it arose and introducing the philosophy of Cecil Rhodes, the architect of the organization. In the second chapter Lord Milner goes to South Africa as the British High Commissioner, and he provokes the South African War, also known as the Boer War.

This chapter proves the secret society had both the capacity and the will to plan and to start a war. Not all secret societies have the enterprise, arrogance and audacity to start wars so this secret society already stands apart from the rest. In the third chapter Mr. Cafferky covers the scorched-earth policy whereby British
soldiers destroyed every farm in the Transvaal and in the Orange Free State.

He also introduces the infamous concentration camps in which 27,000 Dutch women and children died. If a young British woman, Emily Hobhouse, had not exposed the high mortality in the camps, the death toll would have been far higher. The chapter shines a light on the dark side of Milner’s character, an essential characteristic for a man accused of fomenting a second war that would slaughter millions.

Also in this chapter Mr. Cafferky introduce three liberal imperialists, Herbert Asquith, Richard Haldane, and Sir Edward Grey. Haldane and Grey belonged to the Rhodes-Milner secret society and from 1906 onward they carried out the Group’s policy of fomenting a European war.

Sir Edward Grey, member of the famous Grey family of England, is one of three Grey family members who belonged to the Rhodes-Milner secret society. His cousin Earl Grey helped found the secret society and he contributed to bringing about the Boer War.

A younger cousin, Lord Halifax, promoted the appeasement policies of the interwar years that allowed Hitler to remilitarize the Rhineland and to march into Austria, sowing the seeds of the Second World War. Sir Edward Grey made a huge contribution to bringing Britain into the Great War of 1914-18.

Grey is the central character in Mr. Cafferky’s book, but he is also the subject of extreme controversy. Anglo-American scholars portray Sir Edward as an honest, high-minded, decent, peace loving, honorable man, a man almost too honest and too honorable to be in politics. The Grey of Anglo-American textbooks never existed—in a case of “my country right or wrong” early scholars created the honorable man to explain away Grey’s behavior in the 1914 July Crisis.

In eight different chapters, Mr. Cafferky offers an alternative to the Anglo-American scholars’ portrayal of Grey as a peace-loving, humane, civilized, honest, honorable, principled, high-minded British gentleman. As a politician, Gray enjoyed almost unqualified trust from his friends, his colleagues in Parliament, and the British public. It is no exaggeration to claim that his contemporaries trusted him implicitly and he was a most trusted British politician.

However, enjoying the trust of one’s contemporaries proves neither honesty nor honor. Bernie Madoff enjoyed the total trust of his investors, but he was a fraud and his investors erred in trusting him.

The assassination of Archduke Franz Ferdinand

Chapter 10 challenges the Anglo-American account of the assassination of Archduke Franz Ferdinand in Sarajevo, the spark that ignited the conflagration. This chapter is where Mr. Cafferky builds his case for incoherence in the historical record, a case that he concludes in Chapter 11. Anglo-Americans would have us believe that Serbian nationalists assassinated the Austrian Archduke and the Austrians used the assassination as a pretext for attacking Serbia.

Mr. Cafferky argues that no Serbian nationalist in his right mind would have ever employed the tactics used in the assassination. To prove a conspiracy one must show incoherence: the actions and reactions of the Serbian nationalists caught up in the assassination of Franz Ferdinand do not accord with the Anglo-American version of events. One can
only explain the Serbian actions and reactions if one proposes that Russia had approved the plot beforehand.

The enemy is within

If the Rhodes-Milner Group fostered the Great War, we need to search for their influence in Twentieth Century history. The Milner group flourished after the Great War. They established Chatham House, they dominated the British Foreign Office, they set up the Council on Foreign Relations in New York, they have dominated the United States State and Treasury Departments, and they have exercised enormous influence over the economies of the world through the private banks that control the Federal Reserve System of America. After World War II, the center of operations moved to New York and Washington, with a reduced role allotted to the British bankers. It is a troubling story not least because the Group wants ever more power bit it lacks any hint of conscience. They are determined, but determined to do what? … an excellent read!