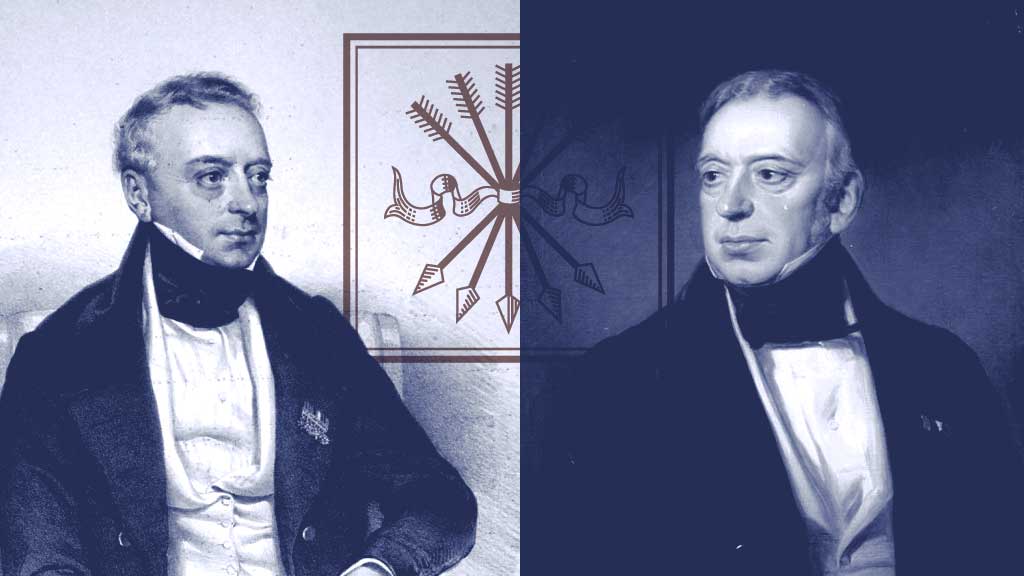 The Rise of the House of Rothschild

Historians, in interpreting the nineteenth century, have laid stress on many and various aspects of the period under study; and descriptions of isolated periods, single episodes, and individuals are scattered amongst hundreds and even thousands of books.

On the other hand, certain special features of the period under consideration have been, for various reasons, entirely neglected. An example of such neglect is the ignoring by historians of the role played by the Rothschild family in the history of the nineteenth century, and the object of this book (The Rise of the House of Rothschild) is to appraise the important influence of this family on the politics of the period, not only in Europe but throughout the world.

For, strangely enough, the influence of the Rothschilds is barely mentioned, or at the most casually referred to, in otherwise comprehensive and painstaking historical treatises. Special literature dealing with the House of Rothschild usually falls into one of two groups, either fulsome paeans of praise commissioned by the House itself, or scurrilous pamphlets inspired by hatred—both equally unpleasant.

There are, however, two works of serious value in existence, which are partially compiled from legal documents, but they are of small scope. One is by an employee of the Rothschilds, Christian Wilhelm Berghoeffer, and the other is the impartial work of Dr. Richard Ehrenberg; but these treat only of isolated incidents in the history of the House, and throw no light on its pan-European importance. The object of this book, which deals with the period 1770-1830, is to trace the rise of the House of Rothschild from its small beginnings to the great position it attained, culminating in the year of its great crisis.

The author found that references to the name of Rothschild in official documents and in books of memoirs were as common as they are rare in contemporary textbooks. He made a point of collecting all available data until his drawers were literally crammed with letters, deeds, and documents containing the name of Rothschild, and bearing dates of almost every year of the nineteenth century. The next step was to visit the various European capitals which had been the scene of the family activities, in order to enrich his store of references with all the relevant literature. The subject is indeed inexhaustible, but the material amassed encouraged him to essay a complete picture.

The author stated: “The subject required the most delicate treatment, but my determination to undertake the work was accompanied by the definite intention of according it complete impartiality, for I was convinced from the beginning that a prejudiced outlook would render the work utterly valueless. The House of Rothschild, as will be readily understood, did not throw open its archives to my inspection, for it is particularly careful in guarding its more important business secrets.

But this was not entirely without its advantage, for it left me completely free from political considerations and uninfluenced by racial, national, and religious predilections or antipathies. I was thus enabled, in accordance with my wish, to begin an independent historical research into the part played by this House in the nineteenth century, which I knew to be far more important than is commonly thought.

The general scheme of this work will be built upon facts alone, in a practical way such as will help us to form our own judgment on individuals and the part they played in world events. I should like to take this opportunity of expressing my special sense of gratitude toward all those whose advice and assistance have been so valuable to me in my work. Above all I have to thank Dr. Bittner, Director of the State Archives at Vienna, as well as his exceedingly helpful staff, Professors Gross, Antonius, Reinoehl, Schmidt, Wolkan, and his Chief Clerk, Herr Marek.

I should also like to thank Lieutenant-Colonel von Carlshausen, grandnephew of the man who helped the Rothschilds up the first rung of the ladder, and the Director of the Prussian Secret State Archives at Berlin, Geheimrat Klinkenborg. My thanks are also due to Dr. Losch of the Prussian State Library in Berlin, Dr. A. Richel at Frankfort and the staff of the Municipal Museum in that city who, together with the Director of the Portrait Collection in the Vienna National Library, Hofrat Dr. Rottinger and Dr. Wilhelm Beetz, who so kindly assisted me with the illustrations.

The material was collected for over a period of three and a half years, and only after much care has been spent on it do I now offer it to the public. It is submitted in the hope that it will be judged in accordance with its intentions. It is inspired by an intense love of truth, and it relates the story of an unseen but infinitely powerful driving force which permeated the whole of the nine- teenth century.”  (Vienna, July, 1927)