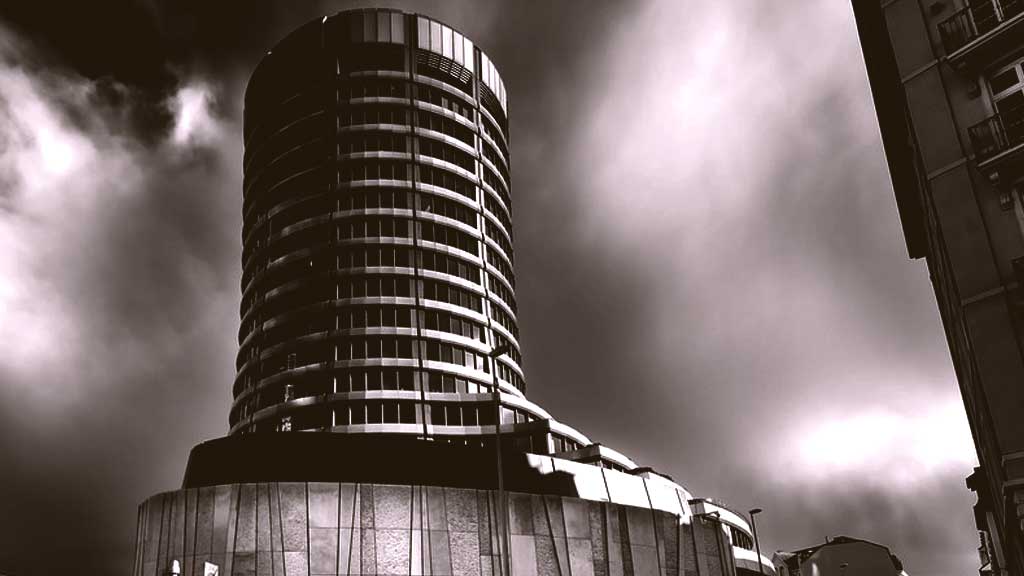 The Tower of Basel – BIS a power behind the scenes

The world’s most exclusive club has eighteen members. They gather every other month on a Sunday evening at 7 p.m. in conference room E in a circular tower block whose tinted windows overlook the central Basel railway station. Their discussion lasts for one hour, perhaps an hour and a half. Some of those present bring a colleague with them, but the aides rarely speak during this most confidential of conclaves.

The meeting closes, the aides leave, and those remaining retire for dinner in the dining room on the eighteenth floor, rightly confident that the food and the wine will be superb. The meal, which continues until 11 p.m. or midnight, is where the real work is done. The protocol and hospitality, honed for more than eight decades, are faultless. Anything said at the dining table, it is understood, is not to be repeated elsewhere.

The Swiss authorities have no jurisdiction over the BIS premises. Founded by an international treaty, and further protected by the 1987 Headquarters Agreement with the Swiss government, the BIS enjoys similar protections to those granted to the headquarters of the United Nations, the International Monetary Fund (IMF) and diplomatic embassies. The Swiss authorities need the permission of the BIS management to enter the bank’s buildings, which are described as “inviolable.”

“I rather hope that next summer we may be able to inaugurate a private and eclectic Central Banks ‘Club’, small at first, large in the future.” — Montagu Norman

The BIS has the right to communicate in code and to send and receive correspondence in bags covered by the same protection as embassies, meaning they cannot be opened. The BIS is exempt from Swiss taxes. Its employees do not have to pay income tax on their salaries, which are usually generous, designed to compete with the private sector. The general manager’s salary in 2011 was 763,930 Swiss francs, while head of departments were paid 587,640 per annum, plus generous allowances.

The bank’s extraordinary legal privileges also extend to its staff and directors. Senior managers enjoy a special status, similar to that of diplomats, while carrying out their duties in Switzerland, which means their bags cannot be searched (unless there is evidence of a blatant criminal act), and their papers are inviolable. The central bank governors traveling to Basel for the bimonthly meetings enjoy the same status while in Switzerland. All bank officials are immune under Swiss law, for life, for all the acts carried out during the discharge of their duties. The bank is a popular place to work and not just because of the salaries. Around six hundred staff come from over fifty countries.

Like many of those working for the UN or the IMF, some of the staff of the BIS, especially senior management, are driven by a sense of mission, that they are working for a higher, even celestial purpose and so are immune from normal considerations of accountability and transparency.

The bank’s management has tried to plan for every eventuality so that the Swiss police need never be called. The BIS headquarters has high-tech sprinkler systems with multiple back-ups, in-house medical facilities, and its own bomb shelter in the event of a terrorist attack or armed conflagration. The BIS’s assets are not subject to civil claims under Swiss law and can never be seized.

The BIS strictly guards the bankers’ secrecy. The minutes, agenda, and actual attendance list of the Global Economy Meeting or the ECC are not released in any form.

The BIS’s defenders deny that the organization is secretive. The bank’s archives are open and researchers may consult most documents that are more than thirty years old. The BIS archivists are indeed cordial, helpful, and professional. The bank’s website includes all its annual reports, which are downloadable, as well as numerous policy papers produced by the bank’s highly regarded research department.

The BIS publishes detailed accounts of the securities and derivatives markets, and international banking statistics. But these are largely compilations and analyses of information already in the public domain. The details of the bank’s own core activities, including much of its banking operations for its customers, central banks, and international organizations, remain secret.

The Global Economy Meetings and the other crucial financial gatherings that take place at Basel, such as the Markets Committee, remain closed to outsiders. Private individuals may not hold an account at BIS, unless they work for the bank. The bank’s opacity, lack of unaccountability, and ever-increasing influence raises profound questions—not just about monetary policy but transparency, accountability, and how power is exercised in our “democracies”.

The real purpose of the BIS was detailed in its statutes: to “promote the cooperation of central banks and to provide additional facilities for international financial operations.” It was the culmination of the central bankers’ decades-old dream, to have their own bank—powerful, independent, and free from interfering politicians and nosy reporters. Most felicitous of all, the BIS was self-financing and would be in perpetuity. Its clients were its own founders and shareholders—the central banks. During the 1930s, the BIS was the central meeting place for a cabal of central bankers, dominated by Norman and Schacht. This group helped rebuild Germany. The New York Times described Schacht, widely acknowledged as the genius behind the resurgent German economy, as “The Iron-Willed Pilot of Nazi Finance.”

GET READY FOR A WORLD CURRENCY

The story of the Tower of Babel is often read as a parable of the price of arrogance. Its builders started to construct the tallest building in the world, one that would reach to the very heavens as a physical manifestation of their greatness and ambition. Things ended badly.

The BIS tower, at Centralbahnplatz 2, in Basel does not reach to the heavens, but many of those working inside believe themselves possessed of a near-celestial mandate.

Bankers have been gathering confidentially since money was first invented. Central bankers like to view themselves as the high priests of finance, as technocrats overseeing arcane monetary rituals and a financial liturgy understood only by a small, self-selecting elite.

But the governors who meet in Basel every other month are public servants. Their salaries, airplane tickets, hotel bills, and lucrative pensions when they retire are paid out of the public purse. The national reserves held by central banks are public money, the wealth of nations. The central bankers’ discussions at the BIS, the information that they share, the policies that are evaluated, the opinions that are exchanged, and the subsequent decisions that are taken, are profoundly political.

Central bankers, whose independence is constitutionally protected, control monetary policy in the developed world. They manage the supply of money to national economies. They set interest rates, thus deciding the value of our savings and investments. They decide whether to focus on austerity or growth. Their decisions shape our lives.

Delve deeper:
Tower of Basel: The Shadowy History of the Secret Bank that Runs the World