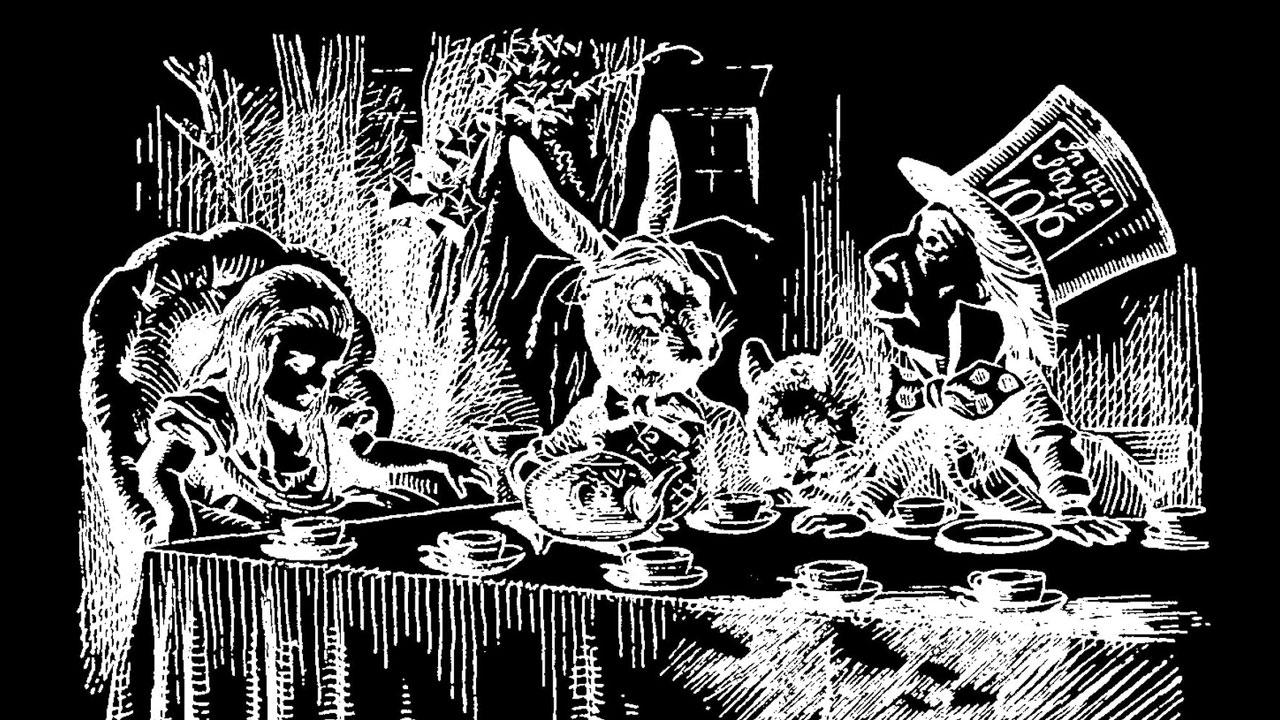 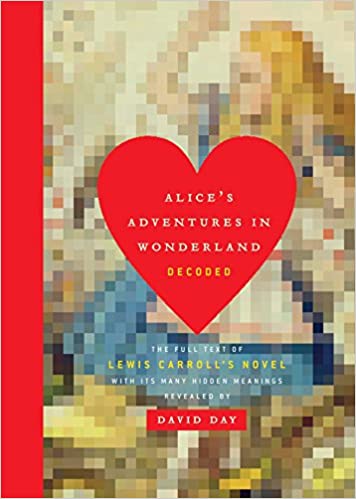 Alice in Wonderland. The popular view that Wonderland is simply a charming fairy tale full of frivolous nonsense that was made up on a summer’s day is one that Lewis Carroll was happy to foster. Just as a magician would not wish to reveal the years of hard work and machinery behind some grand illusion, the author Lewis Carroll—along with Charles Dodgson the amateur magician—did not want his fairy tale to appear as anything less than an effortless work of pure imagination.

According to the version of events often given by the author, the fairy tale was “extemporized on the spot” at the urging of three little sisters that he and another Oxford divinity student took on a boating expedition on a branch of the river Thames on July 4, 1862.

That evening, at the insistence of one of the children, the eponymous Alice, Dodgson promised to write the tale down, so it might be shared with others. In one account of the composition of this fairy tale, the author suggests that Wonderland was but one of scores of fairy tales that he orally composed for these and other children.

“Yet none of these many tales got written down: they lived and died, like summer midges, each in its own golden afternoon.” No doubt Dodgson/Carroll told children many clever fairy tales on scores of afternoon outings, but it is absurd to claim Wonderland was an oral composition entirely made up and recited in a single afternoon.

Down the rabbit hole

In fact, aspects of the Wonderland story were composed long before. Anecdotal evidence suggests that Dodgson was telling a version of the down-the-rabbit-hole tale to children as early as 1854. And certainly, we know a version of the Knave of Hearts’s letter-poem was published in 1855, ten years before the publication of Wonderland.

Even if we take the author’s word for it, and accept the date of July 4, 1862, as the inspirational first day of composition, Dodgson’s own diaries refute the legend of Wonderland’s instantaneous composition. Some five weeks after the seminal voyage, Charles Dodgson was struggling with its composition, and impatiently complained: “had to go on with my interminable fairy-tale of ‘Alice’s Adventures.’ ”

Another five weeks pass before his diary confesses that he once again “Began writing the fairy-tale for Alice, which I told them July 4, going to Godstow—I hope to finish it by Xmas.” A full seven months after the boat trip, Dodgson’s diary triumphantly reports: “Alice’s Adventures Under Ground…is now finished (as to the text) though the pictures are not yet nearly done.”

However, the text of the story that we know as Alice’s Adventures in Wonderland was not yet nearly done at all. It was not even half done. Alice’s Adventures Under Ground was simply the author’s earliest version, just four chapters and 12,715 words in length. This was a meagre output for seven months’ labour, if we are to believe that Dodgson was simply scribbling down a written version of an orally composed story. Even more significantly, this early version of the story did not contain many of Wonderland’s most complex and memorable characters and incidents. There was no Ugly Duchess, Cook or Cheshire Cat; no Mad Hatter, March Hare or Dormouse.

There was no Duchess’s kitchen, Mad Tea-Party, Mock Turtle’s story, Lobster Quadrille or Trial of the Knave of Hearts. All of these were written in over the following two years. The full text of Wonderland was 26,211 words long. Then, Dodgson commissioned and carefully oversaw the creation of forty-two original illustrations. Its first appearance in the form of a complete published book was on July 4, 1865, exactly three years after the seminal river voyage.
Alice’s Adventures in Wonderland over the last century and a half has been subjected to analysis by scores of scholars from a multitude of disciplines.

The difficulty is that each seemingly rational insight into Wonderland is contradicted by the revelations of previous or subsequent analysis. Yet the key to the Alice books may be discovered in their curious manipulation of language and layers of meaning. Humpty Dumpty in Through the Looking-Glass inadvertently provides us with a useful word for describing the machinations of his creator’s mind. He says of words such as slithy, a combination of lithe and slimy, that it is like a portmanteau, with “two meanings packed up into one word.”

The portmanteau was a Victorian folding suitcase that could be packed in layers. It is an excellent metaphor for this author: the man with the portmanteau mind. The mystery of Wonderland is like the plot of Agatha Christie’s Murder on the Orient Express.

Inspector Hercule Poirot’s investigation is hampered by too many suspects and too many clues. The victim died as a result of a dozen deep knife wounds to the heart and lungs. All twelve passengers on the train had motive, opportunity and access both to the victim and to the murder weapon, but in the end everyone also proved to have an unshakable alibi provided by one or more of the other suspects.

And so it proved to be. In Wonderland, a similar conspiracy and multiple systems of equal validity are at work. The man with the portmanteau mind has created a multi-layered world inhabited by characters with multiple identities.

Carroll’s belief in the mystical significance and subliminal power of symbols and language was not a personal quirk; rather, it was fundamental to his religion. The High Anglican Church (like the Catholic and Orthodox faiths) believed that the souls and spirits of its followers should be guided toward the truth of religion not by logical mental forces but by the symbolic and mystical forces of sacred language, ritual and images—ideas that Carl Jung would later confirm in his own psychological studies in Man and His Symbols.

Scholar David Day has spent many years down the rabbit hole of this children’s classic and has emerged with a revelatory new view of its contents. What we have here, he brilliantly and persuasively argues, is a complete classical education in coded form–Carroll’s gift to his “wonder child” Alice Liddell.

In two continuous commentaries, woven around the complete text of the novel for ease of cross-reference on every page, David Day reveals the many layers of teaching, concealed by manipulation of language, that are carried so lightly in the beguiling form of a fairy tale.

These layers relate directly to Carroll’s interest in philosophy, history, mathematics, classics, poetry, spiritualism and even to his love of music–both sacred and profane.

There is so much to be found behind the imaginary characters and creatures that inhabit the pages of Alice’s Adventures in Wonderland. David Day’s warm, witty and brilliantly insightful guide–beautifully designed and stunningly illustrated throughout in full colour–will make you marvel at the book as never before.

Related:
The meaning and importance of Fairy Tales