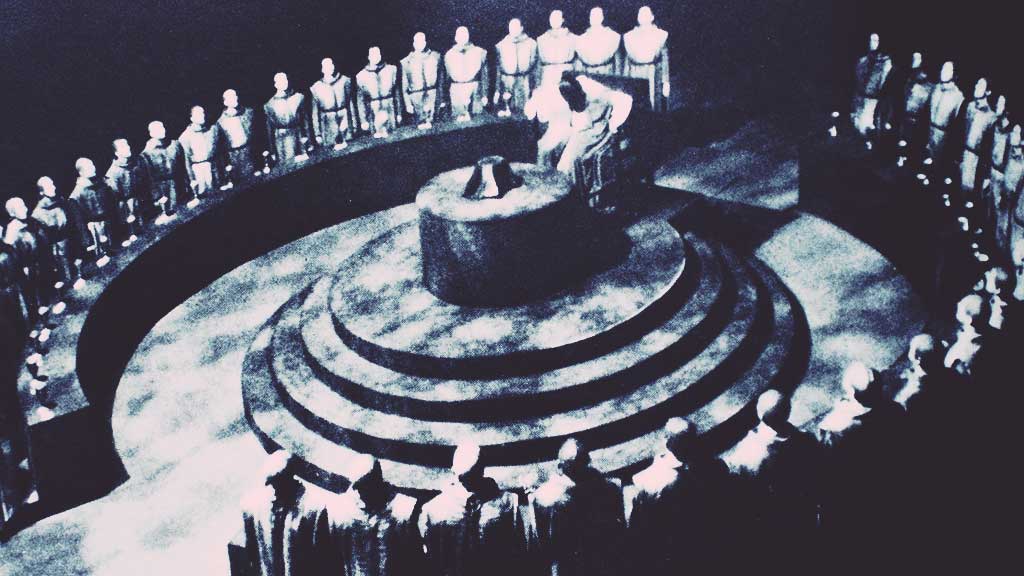 In the occult scene of the late nineteenth and mid twentieth centuries, a black lodge was a term for occult orders and secret societies dedicated to the study and routine of evil magick.

Many of the occult authors of this period treat the presence and activities of the Black Lodges as a matter of common knowledge. They discuss in detail the contrasts between the genuine way of occult initiation and the corrupt way. Black Lodges of course offered a nefarious initiation to their disciples and inaugurates.

Practically speaking, however, individuals from adversary occult orders utilized the term to criticize their opponents. Even Aleister Crowley utilized the term to portray his doctrinal adversaries. Although his contemporaries in the occult societies considered him as a black magician.

Particular meanings of the Black Lodges shifted relying upon the convictions of the lodge or occultist characterizing them. In the teachings of the Hermetic Brotherhood of Luxor, for instance, one  learns that the Black Lodges consisted of magicians working with the energies of the Dark Satellite and its hierarch, Ob.

Theosophical writings of the same time frame asserted that the Black Lodges celebrated the different singularity. While the Great White Lodge tried to lead all souls into the Divine Unity.

In fact, to judge by all the proof, Black Lodges of the sort portrayed in occult novels did not really exist in the late nineteenth and mid twentieth centuries. By the last decades of the twentieth century, nonetheless, a few organisations appeared that fit perfectly the old definitions as portraited in the occult fictional novels.

Orders, for example, the Temple of Set, are drawing on present day Satanism. They copied the teachings and practices of the Black Lodges as depicted by occult authors of a century before. Fictional secret societies inspired often real ones.  The bases of today’s “Black lodges” incorporated plenty of inspiration from their nonexistent and fictional nineteenth-century equivalents. Could it be that creating fiction is also creating a new reality?  More on that later …
The origin of a lodge