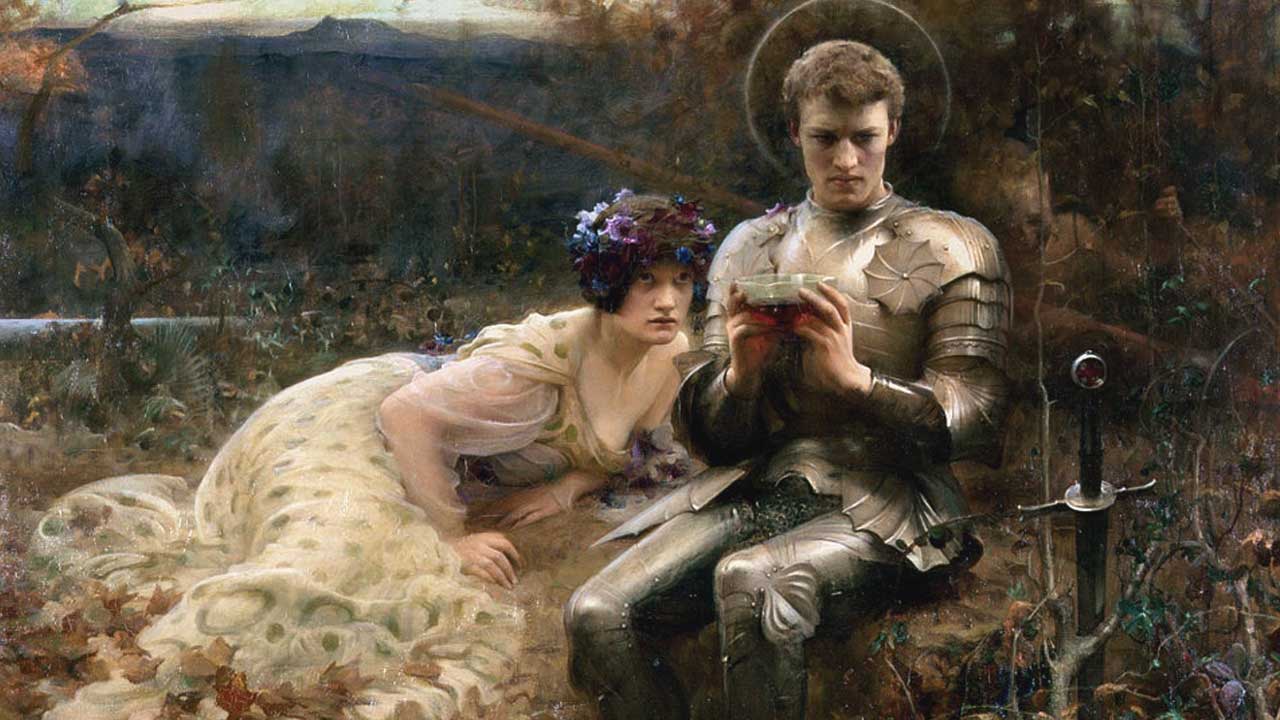 Who are the guardians of the Grail?

The mysterious guardians of the Grail. If the Grail had a home, wherein it was preserved for people who could come in search of it, that home needed guardians. This seems to have been a given from the very earliest grail testimonies, and when we look at the work of Chrétien de Troyes and Robert de Boron, Wolfram von Eschenbach or the writer of Sone, we are able to see that every one is very clear on this matter.

Though Chrétien failed to make this specific, the implication is that the Grail is associated not only with a place, but also a family. Robert expanded this in his Joseph of Arimathea and Wolfram opened the way still further in his Parzival by making it clear that the family was extensive and that a larger group of guardians were involved. According to Wolfram Von Eschenbach’s “Parzival,” the Grail was kept in a Holy Temple where it was guarded by formidable force of fighting men known as the Templiesen.

That he chose to name this organization Templiesen (Templars?) has prompted an association which may or may not have existed between the Grail and the Knights Templar. It’s not the place to argue the rights and wrongs of the theory one way or the other; what is clear, from Wolfram’s text onwards, is the growing circle of Grail guardians, families whose lineage are linked to the sacred relic.

The earliest sources for the Grail family are the Joseph d’Arimathie and the Didot Perceval, the first definitely by Robert and the second attributed to him. It is to Robert that we owe the first melding of the Grail story with apocryphal Christian sources in the shape of the Gospel of Nicodemus and the Acts of Pilate, both documents omitted from the final canon of the New Testament.

In Robert’s poem, Joseph of Arimathea is the first guardian (not yet a king) of the sacred vessel, followed by his son Josephus. Robert names Alain le Gros, twelfth son of Bron, Joseph of Arimathea’s brother-in-law, as the third keeper of the Grail. Alain’s son is identified as Perceval in the Didot Perceval—making him the fourth keeper—though elsewhere his father is either named Gamuret or Bliocadran.

One of the four continuations of Chrétien’s Conte del Graal, attributed to Gerbert de Montreuil, tells us more of the history of the Grail family. At the Castle of Maidens, the wounded Perceval is given a fuller account than that offered by Chrétien. After treating Perceval’s wounds, Ysabel, the mistress of the castle, tells how her cousin, Philosofine, who is here named as Perceval’s mother, came with the Grail from across the sea and, because the land was waste and full of sinful people, angels bore the sacred vessel away to the house of the Fisher King. The implication here is that it was intended to be lodged in the Castle of Maidens but was taken, for safekeeping, to the Grail castle.

Knights of the Grail

Another similarity between the Knights of the Grail and Knights of the Temple can be found in the actual building. Both temples are round. Where not been built in a circular shape they created a polygonal building on a circle instead. This is a shape that was only used for baptisteries or selected churches such as the Church of the Holy Sepulchre and some buildings from pagan times. Most Templar churches are destroyed now. Maybe the slightly different shape was one of the reasons why they were persecuted? However, a few of those buildings are still intact. Like the Matthias Kapelle  in Kobern on the Mosel, picture below. 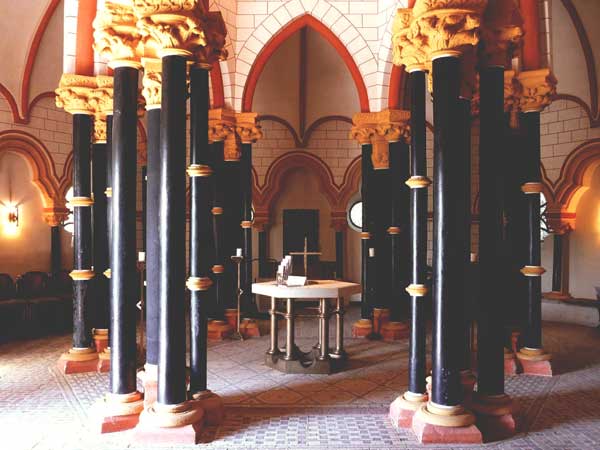