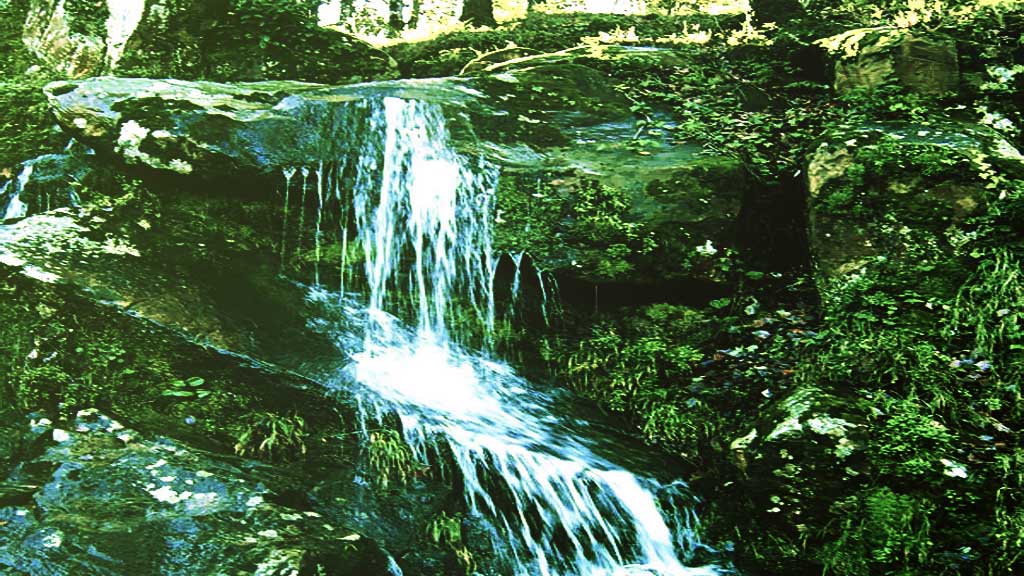 In every drop of water dwells a deity

The Elucidation is an anonymous Old French poem of the early 13th century, which was written to serve as a prologue to Chrétien de Troyes‘ Perceval, le Conte du Graal.

It is preserved in only one manuscript, Mons 331/206 (olim 4568), and in the Prose Perceval printed in 1530. Moreover, a German translation by Philipp Colin and Claus Wisse appeared in the Nüwe Parzefal of the 14th-century.

The poet, philosopher, and scientist Johann Wolfgang von Goethe (1749–1832) was, more than anyone, a bridge between pre- and post-Enlightenment thinking. He sensed the profound difference in outlook between the new rational, mechanistic, and more exclusive worldview, and the more traditional inclusive, Nature-centered view. He called the latter “holistic” science, in contrast to “reductionist” science.

Goethe understood that all of life is one, closely interconnected and interrelated, and that water—sustainer of life—is the very symbol of holism.

All is born of water and upheld by water, too!

The eighteenth-century poet and scientist Johann Wolfgang von Goethe (1749–1832) referred to water as “the ground of all being.”

Thales of Miletus (640–546 BCE) also believed water to be infused with being, believing it was the original substance of the cosmos.

The Austrian “water wizard” Viktor Schauberger (1885–1958) had a similar view, saying that water is the product of the subtle energies that brought planet Earth into being and is itself a living substance. “The upholder of the cycles that support the whole of life is water,” he wrote. “In every drop of water dwells a deity, whom we all serve; there also dwells life, the soul of the ‘first’ substance—water—whose boundaries and banks are the capillaries that guide it and in which it circulates.”

In every drop of water dwells a deity, whom we all serve

To taste cold, fresh water from a mountain stream is to experience the elixir of life. But what of its sounds? Do you know anyone who is not affected by the evocative sound of water?

The thunder of waves crashing on a rocky headland is awe inspiring, and a raging tsunami is terrifying. But usually the sounds of water are relaxing and healing. Imagine the quiet slap of the tide against the shore on a still day, the burbling of a brook, or the plip plop of water dripping in a cave.

In all symbolic traditions link water with the emotions that make us sensitive, receptive, and compassionate. Artists love water for its inspiration; it has the ability to stimulate awareness and imagination.

Why does water affect us so profoundly? Is it because we are composed mostly of water? It is what unites us with all of life.

The moon is water’s cosmic partner, for it controls the tides. Almost every rhythm is based on the pulsation of water. From moon rhythms reflected in the hydrosphere and planetary rhythms known to biology, right down to the many physiological rhythms found in every living organism.

The inspiration of water

As if it were not enough that life is totally dependent on water in all its forms for creation and sustenance, we are given extraordinary bonuses in the form of the magical beauty that it displays for our wonder and enjoyment. What would life be without rainbows and sunsets, thunderstorms and cloudscapes, waterfalls, and waves breaking on a rocky shore?

The density of water is crucial to its behavior. At its densest—4°C (39°F)—it has its greatest energy content. This is the so-called anomaly point, which has a major influence on its quality. Schauberger called this water temperature “the state of indifference.”

This means that when in its highest natural condition of health, vitality, and life-giving potential, water is at an internal state of energetic equilibrium and in a thermally and spatially neutral condition.

Schauberger, an unorthodox researcher whose peers mocked him for insisting that water behaves like a living organism, established a wonderful picture of the behavior of water: he showed that vibrant, healthy water pulsates, twists, and spirals in a very specific way that maintains its vitality and purity, enabling it to fulfill its function as an energy channel and conveyor of nutrients and waste.

It is important to identify the difference between orthodox and unconventional ideas about energy. The orthodox perceives energy in water as the ability to do work; for example, the potential of a column of water to drive a turbine.

The unconventional picture is of an electromagnetic energy with polarities, resonance, and the ability to transfer information from one state or order to another; we call these subtle, or dynamic, energies.

The majority believes that everything hard to comprehend must be very profound. This is incorrect. What is hard to understand is what is immature, unclear, and often false. The highest wisdom is simple and passes through the brain directly into the heart.