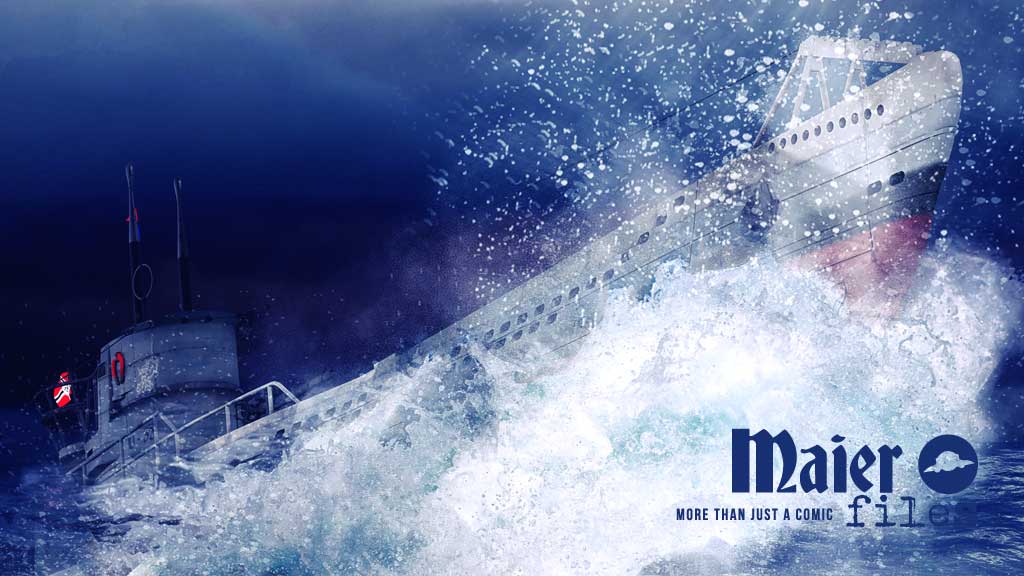 The mystery of Operation Kelch

U-boat missions in Scotland. The Maier files story mentions a special U-boat mission into Scotland (Maier files Unternehmen Kelch). Could there be any trace found about such secret mission, and were there any German submarines spotted around early December or late November 1939 at Carradale Bay, Firth of Clyde or the isle of Arran?

The Firth of Clyde forms a large area of coastal water sheltered from the Atlantic Ocean by the Kintyre Peninsula, which encloses the outer firth in Argyll and Ayrshire. At its entrance the firth is some 26 miles (42km) wide. Its upper reaches include an area where it is joined by Loch Long and the Gare Loch. The area includes the large Clyde Anchorage off Greenock, known locally as the Tail of the Bank in reference to the sandbar that separates the firth from the estuary of the River Clyde. 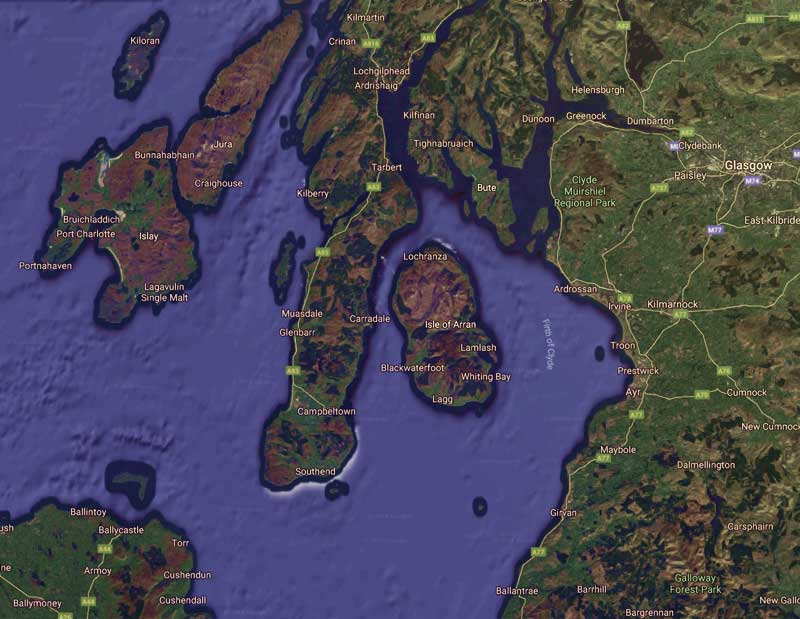 The Clyde is still almost 2 miles (3km) wide at the sandbar and its upper tidal limit is at the tidal weir adjacent to Glasgow Green. In Scottish Gaelic the landward end of the Firth of Clyde is called Linne Chluaidh while the area of the firth around the south of Arran, Kintyre and Ayrshire-Galloway is called An Linne Ghlas, which simply means a long narrow estuary. The area’s defences included the Cloch Coast Battery in Inverkip Parish, which formed a part of the Clyde defence system in both World Wars.

One of the most important beacons on the Clyde is the Cloch Lighthouse situated two miles south of Gourock. Erected at a point where the firth suddenly changes direction, the lighthouse is a circular tower eighty feet high. The jurisdiction of the water-baille of Glasgow terminates at this point. Here there is a regular ferry to and from Dunoon on the opposite shore. Above and beyond Dunoon are the peaks of the Argylleshire Mountains. 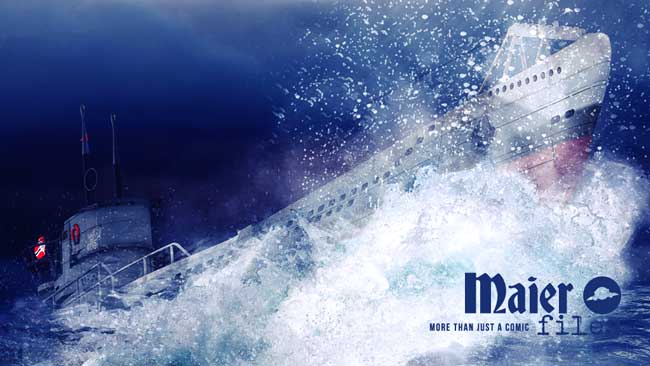 On the afternoon of 22 November 1939, a U-boat was observed emerging from the foamy waters south of Carradale Bay. Around that time the local service bus from Tarbert was heading to Campbeltown. Such details of the incident have been collated by local Scots. Such local was Donald Kelly, a Kintyre-based historian and marine enthusiast. He reported the incident in the “Kintyre at War 1939-1945” papers. Other reports describe that the witness was a local school bus driver who informed the incident by telephone to the Navy control room in Greenock at around 15:45.

Publicly available British Admiralty records do refer a sighting of a submarine but that is the full extent of the official entry. Why at minimum, does it not go on to note the time and place of the reported sighting off Carradale? What was it about this event that had to be kept so quiet?

According to the UBootwaffe online database the only German submarines sailing in Scottish waters in late November were the U-33 and U-35. U35 left Wilhelmshaven on 18 November for operations against British naval forces near the Orkneys. It was around 23 November that U-35 moved north from the Pentland Firth to Fair Isle Passage. While on patrol on 28 November, sixty miles east of the Shetland Islands, U-35 was attacked by British Destroyers HMS /carus, HMS Kingston and HMS Kashmir. U-35’s entire crew of 43 survived.

On the first of December Greenock residents were treated to the startling spectacle. Five officers and thirty-eight ratings from U-35 being led along Hamilton Street, at that time the town’s main shopping thoroughfare. In front and behind these officers was a Royal Navy jeep, each carrying three or four British servicemen.

Behind the rear jeep followed the U-boat ratings. Both groups of POWs were attired in their uniforms. The 4 December edition of The Scotsman reported that the men were rescued after their vessel had been destroyed. U-35 was sunk in the North Sea on November 29th in position 60.53N 02.47E by depth charges from the British destroyers HMS Kingston, HMS Icarus and HMS Kashmir.

All forty-three men on board survived. The officers and ratings were given a remarkably friendly send-off by Greenock folk. The briefest of official Admiralty communiqués said: “A number of U-boat prisoners were landed last night at a Scottish port, the result of recent naval operations.”

The crew were brought in by two destroyers, which berthed at the wharf alongside each other. When the prisoners went down the gangway they were cheered by the sailors who lined the rails and decks of the warships. One little fairheaded German, a fluent English speaker who made himself popular with his captors, was greeted by the British sailors as Blondie’ and given a special cheer.

More questions bubble to the surface

The U-boat commander (Werner Lott) appears as a strongly-built young man. He was the last to go ashore and when he stepped across the gangway there was clapping and cheering. An officer in charge of the military armed guard on the quay remarked to him, ‘I suppose you will be glad to be out of it,’ and the German replied, ‘Yes.‘

The True Story of the Bilderberg Group

It follows, therefore, that U-35 could not have been the submarine that entered the Firth of Clyde on the 22nd and was observed landing men off Carradale Bay.

The U-33 submarine is the most probably suspect. This is based on Donald Kelly’s carefully researched date of Wednesday 22 November. Because by this date U-33 had concluded its operations in the Bristol Channel and was en route for the Orkneys.

But some elements in the U-33’s presumed story aren’t very logical. Certain aspects don’t stand up to brief nor logical analysis. Many authors have highlighted these issues indicating that the U-33’s mission was not what it seemed. The official report informs that the U-33 sunk off Pladda nearby the Isle of Arran on 12 February 1940.

Nevertheless more than seven decades after the event there still appears to be an unmistakable nervousness in some circles. Why is telling the true circumstances surrounding these peculiar events so sensitive?

The question bubbles to the surface and floats uncomfortably. And what is the nature of the threat in the twenty-first century posed by exorcising the elderly ghost of U-33? On the other hand, could there also be a totally off the records U-boat mission? A Mystery indeed.

The mystery of U-33 – Hitler’s Secret Envoy.