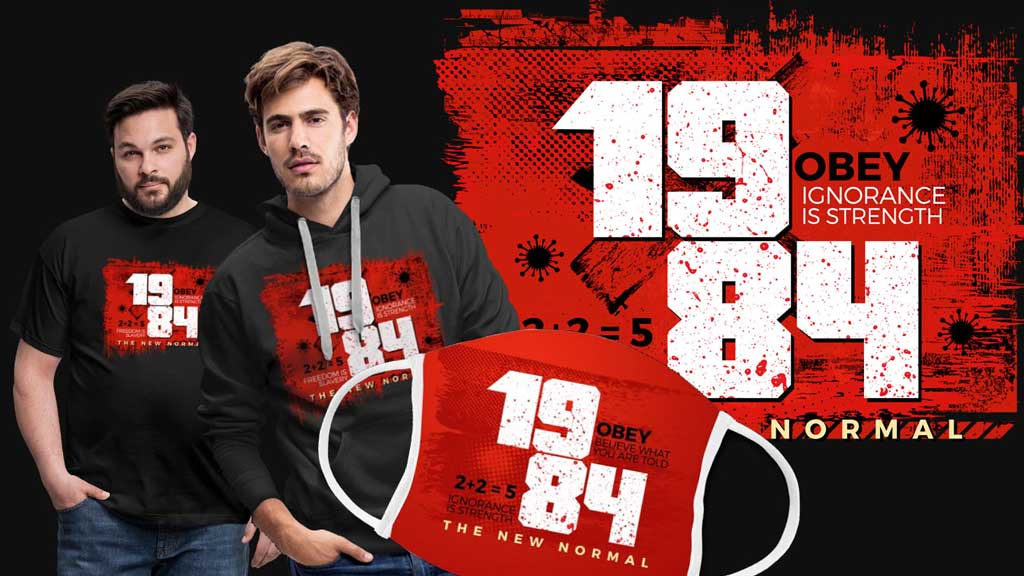 As Orwell wrote: “We do not destroy the heretic … we capture his inner mind, we reshape him.”  Today, this psychological oppression and censorship is carried out by “cancel culture” agitators and platforms like Google, Facebook, and Twitter, which suppress all opposing viewpoints.

These words are the official mottos of the Party in Orwell’s 1984. They are engraved in monstrous letters on the white pyramid of the Ministry of Truth.

This dogma serves as the reader’s first introduction to the idea of doublethink. The Party in Orwell’s book is able to force its subjects to accept anything it decrees, even if it is entirely illogical!

This is done by weakening the independence and strength of individuals’ minds and forcing them to live in a constant state of propaganda-induced fear.

That the public trademark of Oceania is similarly conflicting is a significant demonstration of the intensity of the Party’s mass mission of mental control. In principle, the Party can keep up that “War Is Peace” in light of the fact that having a shared adversary keeps the individuals of Oceania joined together.

“Obliviousness Is Strength” on the grounds that the powerlessness of individuals to perceive these inconsistencies concretes the intensity of the dictator system.

George Orwell’s eerie predictions are coming true. Be like Winston Smith and make a small subversive statement with this cool T-shirt. Orwell’s 1984 fictional surveillance state is alarmingly recognizable in our modern society!