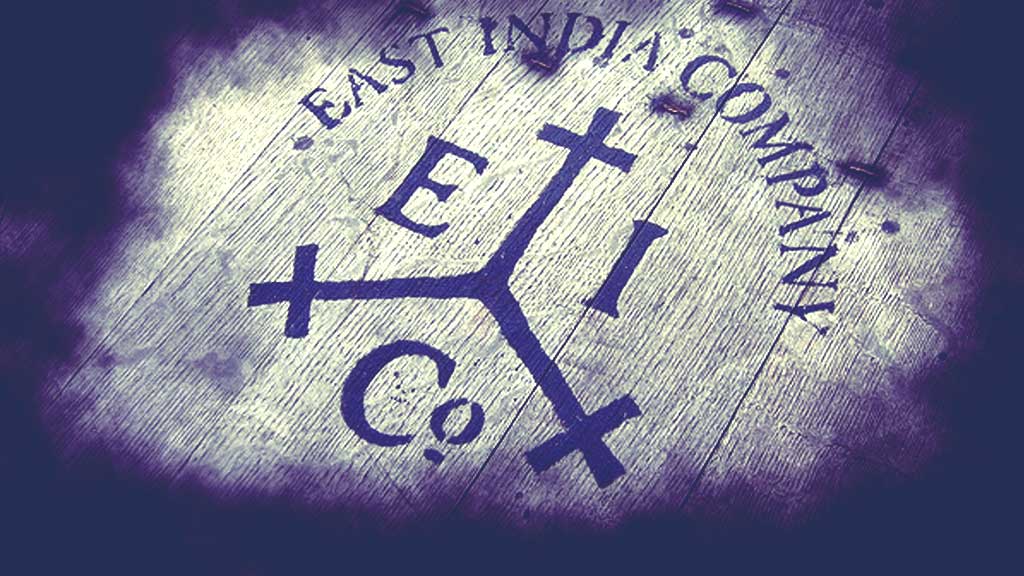 A cosmopolitan band threatens the peace of mankind

In 1899 Alexander Del Mar stated in his book “Barbara Villiers or A history of Monetary Crimes”, this:
FROM the remotest time to the seventeenth century of our era, the right to coin money and to regulate its value (by giving it denominations, a belief of worth) and by limiting or increasing the quantity of it in circulation, was the exclusive privilege of the State. In 1604, in the celebrated case of the Mixed Moneys,’ this privilege was affirmed under such extraordinary circumstances and with such an overwhelming array of judicial and forensic authority as to occasion alarm to the moneyed classes of England, who at once sought the means to overthrow it.

These they found in the demands of the East India Company, the corruption of Parliament, the extravagancy and the profligacy of Charles II, and the influence of Barbara Villiers (the royal mistress).  The result was the clandestine mint legislation of 1666-7: and thus a privilege, which, next to the right of peace or war, is the most powerful instrument by which a State can influence the happiness of its subjects, was surrendered or sold for a song to a class of bankers, in whose hands it has remained ever since.

In framing the American mintlaws of 1790-2, Mr. Hamilton, a young man (then 33 years of age), and wholly unaware of the character or bearings of this English legislation, innocently copied it and caused it to be incorporated in the laws of the United States, where it still remains, an obstacle to the equitable distribution of wealth and a menace to public prosperity.

More than this: down to the year 1870 the Crown of England had the right, without consulting Parliament, to undo much of the mischief occasioned by the Act of 1666 and its logical sequel, the Act of 1816: that is to say, the Crown had the right and power to restore the previous Monetary System of full legal tender gold and silver coins struck by the State for the convenience of the public and the benefit of trade; and not as now, merely upon the behest of the banking fraternity. In that year this power was secretly stolen from the rights of the Crown.

The evil work was then carried to other countries especially to the United States of America. Here in 1873, it was copied with a faithfulness to its model that could only have been born of design.

Upon the opening of trade with India in the 16th century a pound of gold metal could be exchanged or purchased in Asia for 6 to 8 pounds of silver metal, this being the ratio paid for bullion at the Indian mints. There was little or no silver in India; the natives of that country being ignorant of how to reduce argentiforous ores.

Gold was comparatively plentiful, though it existed chiefly in the form of jewelry and other works of art. The currency consisted mainly of copper and billon (https://en.wikipedia.org/wiki/Billon_(alloy)) coins, with a comparatively few gold pieces, the latter being chiefly used in and about the courts of the reigning sovereigns and the great commercial cities.

Owing to these circumstances, the exchange of Western silver for Eastern gold became one of the chief sources of profit to Europeans engaged in the Oriental trade. In 1542 the Spaniards commenced shipping silver to China and India, from Acapulco in Mexico, by way of the Philippines.

When Potosi became prolific these shipments amounted to 200,000 Pounds a year. By this time the value of a pound weight of gold in the coinages of India had been raised to 9 pounds weight of silver; in other words, the coinage ratio between silver and gold was 9 to 1.

Henry II and Henry V enacted similar decrees. Such prohibition was still in force. It embraced not only the coins of the realm but also those foreign coins, such as Spanish reals, to wich the English laws had accorded currency, or legal-tender function, in England at fixed prices in English money. In accordance with this policy, Queen Elizabeth refused the request of the East India Company, although it apparently related only to the Spanish coins then circulating in England.

However, permission was given them to import new silver from foreign parts, which silver might then be struck into coins at the Mint for their special use (after due payment of seigniorage), with further permission to annually export a limited sum of the coins thus struck. The pieces fabricated under this ordnance are known as “portcullis” coins, from the figure stamped upon them.

They were of the same weight, fineness and general design, as the Spanish dollars, halves and quarters of the period. This was in 1601; the coinage ratios at that time being 15 for 1 in England and 9 for 1 in India. At a somewhat later date, the East India Company exported uncurrent English coins, chiefly the testoons (shillings) and other base issues of Henry VIII. and Edward VI., which, though still legal tenders in Ireland, were decried in England and sold for old metal. Such export, however, appears to have been without any express authority from the Government.

In 1613 the East India Company obtained a charter with extended powers; and its numbers, wealth and influence having greatly increased, it made several attempts to enlarge its privilege of export. One of which attempts was discussed in the Star Chamber, 1639, but without success to the Company. With the downfall of Charles I., the East India Company was almost extinguished. Its aggressiveness and avidity had procured it many enemies. This rendered it so unpopular that in 1655, Cromwell annulled its exclusive privileges and declared the Oriental trade open to all Englishmen.

Two years later the Company’s influence with the Council of State was sufficient to induce the Protector to renew its monopoly. In 1662 Charles II. confirmed this renewal and, for a corrupt consideration, permanently established this Company of money-changers, privateers, filibusters and bullies. From that year dates a new order of men in England. The Estates formerly consisted of the Crown, the Church, the Lords and the Commons. To these were now added the financiers, or Billoneurs, who have since almost entirely swallowed the others. Originally the financiers consisted of 215 monopolists under the title of the East India Company: they now comprise the entire world of moneychangers and bankers. This cosmopolitan band threatens the peace of mankind.