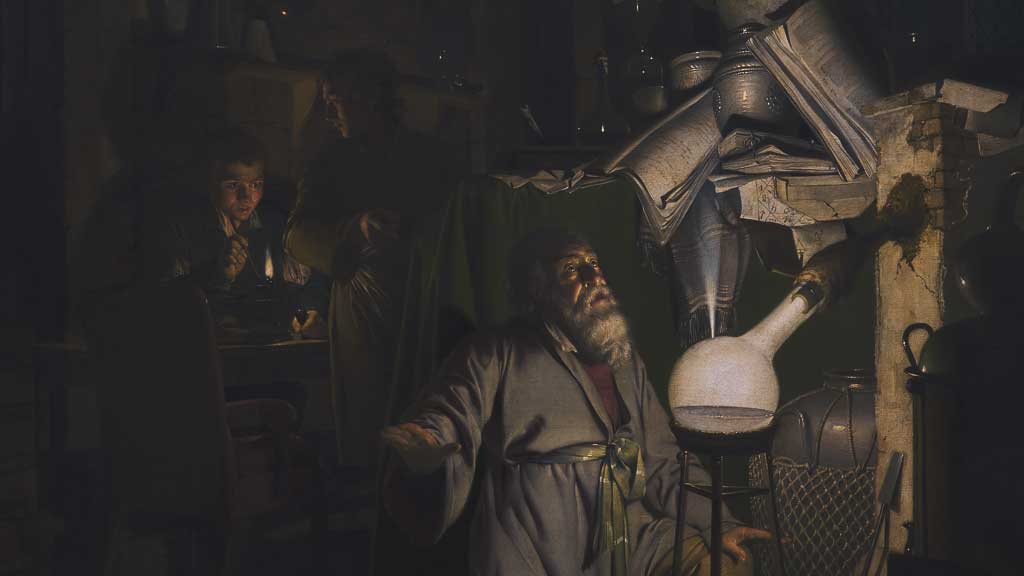 The Philosopher’s Stone appeared in the low countries

At the present time, our materialistic science derides alchemists as misplaced mystics who pursued a dream of finding a chemical compound that might transform base metals into gold. Indeed, they recognize that much scientific breakthrough was achieved through these pursuits, but they throw out out the goal of the alchemists as simply a fanciful or impossible plan and fantasy.

However, there exist fascinating incidents, a few so deeply curious that the mind can barely cope with the outcomes, and they are instantly thrown away as far too fantastic for serious consideration. Let’s recount some of them here so that the reader who is unfamiliar with the literary works might be sufficiently intrigued to do research on his/her own. 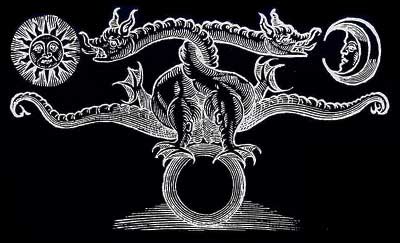 But first, a quick discussion of the “Philosopher’s Stone”. This is the quest of the Alchemist; a fabled material which could not just transmute metals into gold, but might cure any specific disease, banish all sickness from a person’s life, and award a prolonged lifespan, if not immortality, on the body. At least, that is how it is depicted. That may or may not be a “cover story”.

In an anonymous 17th Century alchemical text, The Sophic Hydrolith, this process is described as “purging the mineral of all that is thick, nebulous, opaque and dark”, and what would be left would be a mercurial “water of the Sun”, which had a pleasant, penetrating odor, and was very volatile.

Portion of this fluid is set aside, and the remainder is then blended with a twelfth of its weight of “the divinely endowed body of gold”, (regular gold won’t perform because it is defiled by every day use). This mix then forms a strong amalgam that is heated for a week. It is then dissolved in some of the mercurial water in an egg-shaped urn. After that, the leftover mercurial water is added slowly, in seven portions; the urn is sealed, and held at such a temperature as will hatch an egg. After forty days, the urn’s ingredients is going to be black colored. Another seven additional days later, compact grainy bodies similar to fish eyes ought to appear.

After that the “Philosopher’s Stone” starts to make its physical appearance: first reddish in color; then white, green and yellow like a peacock’s tail and then stunning white-colored; and afterwards an intense glowing red. Finally, “the revivified body is quickened, improved and glorified” and is found in a ravishing purple.

This as well as some similarly difficult to understand and weird appearing scripts are the bulk of Alchemical Literature. Maybe these texts were a code, and we must persist in reading many texts of this kind and searching for clues there and in the stories of the alchemists themselves. Now when you read the anecdotes about so-called Alchemists, something very mysterious is going on …

For instance: In 1666, Johann Friedrich Schweitzer, physician to the Prince of Orange, writes of having been visited by a stranger who was “of a mean stature, a little long face, with a few small pock holes, and most black hair, not at all curled, a beardless chin, about three or four and forty years of age (as I guessed), and born in the northern part of the Netherlands.”

Before finnishing the story, it must be highlighted that Dr. Schweitzer, who was the author of a number of medical and botanical books, was a cautious and also objective observer and was an associate of the philosopher, Baruch Spinoza. Schweitzer was a skilled scientific observer;a respected medical man, and not given to frauds or even practical jokes. However, his story is, in modern comprehending, impossible.

Now, what happened was that the stranger made small talk for awhile and then, more or less out of the blue, asked Dr. Schweitzer whether or not he would recognize the “Philosopher’s Stone” if he saw it. He then took out of his pocket a little ivory container that held “three ponderous bits or small lumps … each about the size of a small walnut, transparent, of a pale brimstone colour.

The stranger informed Schweitzer that this was the very substance hunted for such a long time by the Alchemists. Schweitzer held one of the bits in his hand and questioned the stranger if perhaps he might have just a tiny part. The man rejected, but Schweitzer was able to steal a tiny bit by scraping it with his fingernail.

The visitor left after ensuring to come back in three weeks time to show Dr. Schweitzer certain “curious arts in the fire”. Well, the instant he was gone, Dr. Schweitzer ran to his laboratory where he melted some lead in a crucible and added the small piece of stone. But, the metal failed to transform into gold as he expected. Instead, “almost the entire bulk of lead flew away, and the rest transformed into a mere glassy earth.

Three weeks later, the mysterious stranger was at his door once again. They conversed, and for quite a while the man refused to allow Dr. Schweitzer to observe his stones again, yet, finally Schweitzer said “he gave me a crumb as big as a rape or turnip seed, saying, receive this small parcel of the greatest treasure of the world, which truly few kings or princes have ever known or seen”.

Schweitzer must have been a real complainer and crybaby because he recounts that he protested that this was not sufficient to transmute as much as 4 grains of lead into gold. At this, the stranger took the piece back, cut it in half, and casted one part in the fire, saying: “it is yet sufficient for thee!”

At this point, Schweitzer confessed his theft from the previous visit, and described how the substance had behaved with his molten lead. The stranger began to laugh and told him, “Thou are more sly to commit theft than to apply thy medicine; for if thou hadst only wrapped up thy stolen prey in yellow wax, to preserve it from the arising fumes of lead, it would have penetrated to the bottom of the lead, and transmuted it to gold.” The guy leaves at this point and promises to return the next morning to show Schweitzer the correct way to perfom the transmutation but, the next day he came not, nor ever since.

Only he sent an excuse at half an hour past nine that morning, by reason of his great business, and promised to come at three in the afternoon, but never came, nor have I heard of him since; whereupon I began to doubt of the whole matter. Nevertheless late that night my wife… came soliciting and vexing me to make experiment… saying to me, unless this be done, I shall have no rest nor sleep all this night… She being so earnest, I commanded a fire to be made – thinking, alas, now is this man (though so divine in discourse) found guilty of falsehood… My wife wrapped the said matter in wax, and I cut half an ounce of six drams of old lead, and put into a crucible in the fire, which being melted, my wife put in the said Medicine made up in a small pill, which presently made such a hissing and bubbling in its perfect operation, that within a quarter of an hour all the mass of lead was transmuted into the … finest gold.

Baruch Spinoza, who lived  close by, came the following day to examine this gold and was persuaded that Schweitzer was telling the truth. The Assay Master (officer who assays or tests gold or silver coin or bullion) of the province, a Mr. Porelius, analyzed the metal and pronounced it authentic; and Mr. Buectel, the silversmith, subjected it to additional test that confirmed that it was gold. The testimony of those men survives to this day.

Hence, either they all are lying, or Dr. Schweitzer really did have a strange experience precisely as he describes it. The fascinating thing is that other people have described comparable visitations by strange men who proclaim to them the truth of the alchemical process, demonstrate it, and then mysteriously disappear. It has happened sufficiently often, in widely enough separated places and times to suggest that it is not a collusive fraud nor a delusion.

Twenty years earlier, the Flemish chemist, physiologist, and physician,  Jan Baptiste van Helmont, who was responsible for several important scientific discoveries, and was the first man to realize that there were other gases than air; and who invented the term “gas”, wrote: For truly I have divers times seen it (The Philosopher’s Stone), and handled it with my hands, but it was of colour such as is in Saffron in its powder, yet weighty, and shining like unto powdered glass.

There was once given unto me one fourth part of one grain -16 milligrams-… I projected it upon eighty ounces (227 grams) of mercury made hot in a crucible; and straightaway all the quicksilver, with a certain degree of noise, stood still from flowing, and being congealed, settled like unto a yellow lump; but after pouring it out, the bellows blowing, there were found eight ounces and a little less than eleven grains of the purest gold.